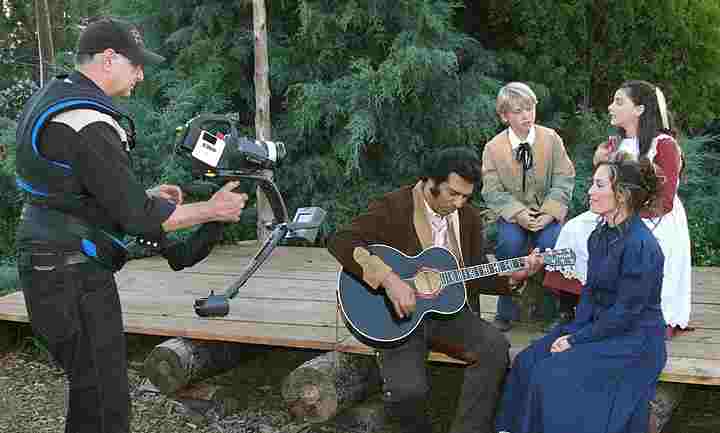 In this portion, we want to explain some lesser known short filmmaking Tips and Techniques. Short films are the real ways for exposing your talent to a filmmaker or to a financier, also it sometimes gets a chance to direct a 70 MM film. We think that, everyone who reads this article must have an idea about how to make a short film, but things that we are going here to explain  about the short film production ‘might be’ lesser known to you.

The first thing that we are reminds you about the legal rights of your work, especially the script.  For any sort of film, scripts are considered as its backbone and that is the reason why you must legally acquire the patent for your script before starts the shooting. The script writing software’s like Movie Magic Screenwriter and Final Draft has an inbuilt option for registering the film script to the writer’s Guild of America.

Never Cast your friends (Who are only friends, if they not actors) unless if you don’t want to go professional.    Monitoring the performance of artists is the main job of a filmmaker in the production set, if your actor is not capable to understand your instructions, then why it needed to cast them? We often heard the industry professional’s advice to the new filmmakers that – ‘cast your friends in your first film.’ That’s nonsense, we said it. If your friend didn’t want to be an actor, then, how your movie gets a professional look? If you have a positive belief on your directorial skills, one good thing that we want to say is- hire a professional theatre artist. It is hundred times better than your non-professional friend.  If a theatre artist expense is beyond the limit of your budget, then put an advertisement on the online. Certainly, you will receive good response; there considers the artists basis of audition.

Finally, the promotion of your film: How you plan to promote your film? Through- your Facebook profile, groups or through your twitter account? No, that’s not enough! At first, you need to create a Website, if you are not aware about the coding language-The CMS website platforms like WordPress, Joomla or blogger is best. Now, add your film details like plot, crew details, behind the scene images in the website. The second way of effective promotion is through social media, especially the Facebook. For just $8 USD, you can reach your post to 20,000 people; also you can consider the twitter promotion as well. Addition to this, don’t forget to make a press Kit, Trailer and one or two posters of your Film

That’s It, thanks For Reading: Add Your Comments Below, we want to hear it from You