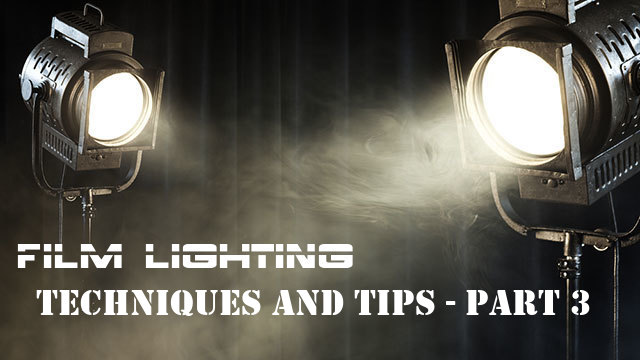 In the past 2 articles, we have talked about some important concepts and techniques of Film Lighting like Highlights, Shadows, Key Light, Fill Light, Three Point Lighting, etc. Do read the first two parts.

The Setup of Rembrandt Lighting requires minimum-number of equipments and yet it can create striking and convincing portraits. The idea is to illuminate a face by directing a light from a side such that in the opposite (less illuminated) side of the face an inverted triangle is created below the eye.

Rembrandt Lighting is named after the Dutch Painter “Rembrandt Harmenszoon van Rijn (1606-1669)”. The term was coined by Hollywood Film Director Cecil B. DeMille when he was experimenting with lights in his films and used the type of lighting used in Rembrandt Paintings in his films.

In this Self Portrait Painting (1630) by Rembrandt, the left side of the face is brightly lit while the right side is relatively dark and just below the right eye there is light in the form of an inverted triangle. This style is typical of many of Rembrandt Paintings.

Rembrandt Lighting is heavily used in Photography and Films to light up a subject’s face. This is done by using one Key Light directed towards one side of the subject’s face and a reflector to reflect the key light or a separate fill light. To see Rembrandt lighting in action watch this video-

Noir Lighting was created for necessity by filmmakers in early 1940s with the tight budget who, cannot afford expensive Lighting Equipments and has to do it with bare essentials. But, in later years, Noir became a popular style used by many filmmakers even in Hollywood extravaganza films. Noir Lighting is a deep and complicated subject and needs practice to master.

The basic aim of Noir lighting is to create the Chiaroscuro effect which uses high contrast between light and dark elements. To do this Hard Lighting is used, with a strong Key Light and a backlight. Fill light is often omitted or is present but not very prominent. The idea is to emphasize shadows to create a mystery effect and also give the frame a sense of depth.

To know more about Noir Lighting, watch this video-

This ends our discussion on Film lighting. You may have learnt some concepts and can go on to research more to light your films better.