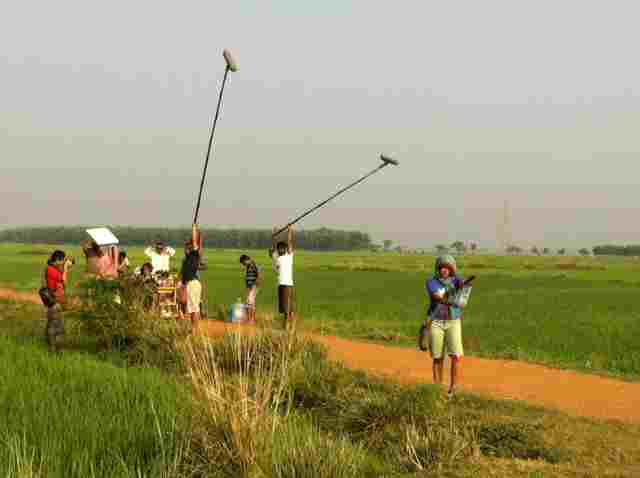 Over these years, the Indian cinema has been witnessing a lot of changes, in the anthology of distinct storytelling films, experimental films of debut filmmakers and the influence of classical cinema among the general Audience.  Such new historical changes in Indian Cinema have literally helped and inspired the realistic filmmakers to come up with great ideas and get confidence in finding their own space in this New World Cinema.

‘Bikes Mishra’s Chauranga (Four Colors,) is the latest example of New wave in Indian Cinema. The film portrays an unusual story of rural India, more about the hidden myths and unethical caste discrimination beliefs of the rural Indian Community.

The Film speaks a story about an affair between an upper-caste Girl and a Lower-caste boy. Soham Maitra (Santu) handled the lead role of the film, where he is performed the role of a fourteen year boy who enforced to look the pig to support his family.  His family is including mother Dhaniya (Tannishtha Chatterjee) and elder brother Bajarangi (Riddhi Sen). The story takes into shape when Satntu falls in love with an upper cast girl Mona (Digangana Suryavanshi). His brother, Bajarangi latter realizes this unspoken love and helped him to express his love to Mona by writing a love letter. Accidently Mona’s father Dhaval (Sanjay Suri) smelled this activity, latter that caused the death of Santnu.

Filmmaker Bikas Ranjan Mishra said that the inspiration behind the movie ‘Chauranga’ is gained from a real time incident that happened in Bihar In 2008. Although these sorts of films are popular among Indian Audience too, the film ‘Chauranga’ is succeeded in portraying the film in a distinct way with a well-crafted script and visualizes it brilliantly. Unlike a usual realistic film, the story of Chauranga is treated in a way of attracting all kinds of audience and that its capability is proven from its accreditations received in various film festivals. The film undoubtedly stayed ever as an inspirational film for Indian independent Film Movement and upcoming Filmmaking Aspirants.

In This year of shanghai Film Festival, India Can really Proud of These two Things
Chaitanya Tamhane’s Film ‘Court’ gets an exclusive opportunity for showcasing in Film Forum NY