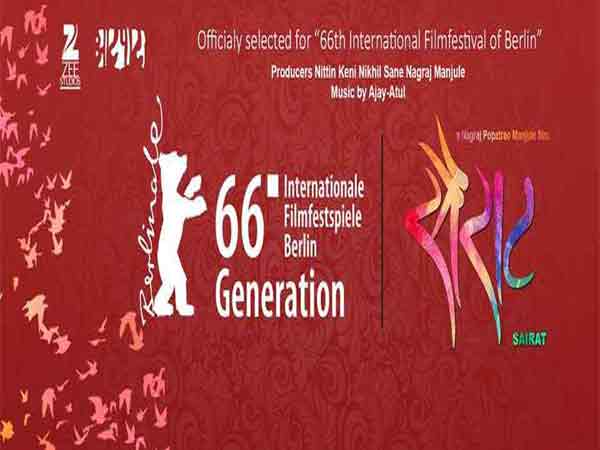 National Award winning Indian Filmmaker Nagraj Manjule’s  “Sairat” has been selected  for the Berlin International  Film Festival (Berlinale). Sairat will be screened in generation 14plus section – movies made for teenagers. The 66th edition of Berlinale will be held on February 11, 2016.

This time, alongside Sairat, Berlinale also selected another Indian Film made by Nagesh Kukunoor namely Dhanak, which is based on the life of a Young Girl Pari and her blind brother Chotu.  Dhanak to compete other 13 films at Berlinale in the Generation K plus section.

In a statement, the Berlin International Film Festival says about Sairat-

“The love that binds clever Parshya and beautiful and self-confident Archie is as passionate as it is socially taboo. Breaking away from the narrow-mindedness and violence of convention is the only way out for the young couple. With powerful imagery and epic scope, Nagraj Manjule tells the story of an impossible love.”

Continue Reading
You may also like...
Related Topics:Nagraj Manjule