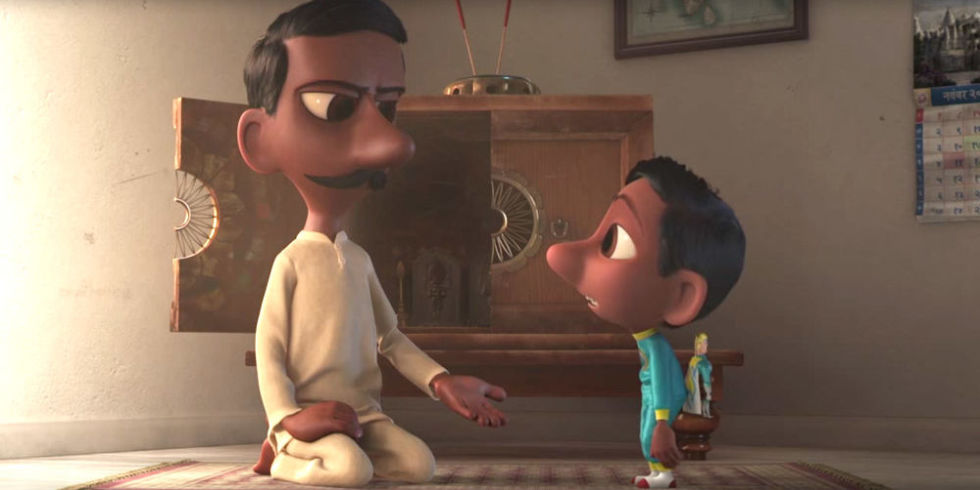 Disney Pixar, one of the biggest Computer Animation Film Studio companies in Hollywood, now working on a new feature-length animation film namely ‘Sanjay’s super team’ directed by Indian Filmmaker Sanjay Patel. The Film loosely based on the real time experience of Mr. Patel and his Father: according to the Disney’s creative team’s statement, the  film demonstrating an inside look on inter-generational difference of families of now days.

Prior to the film release, recently they released a 38 Sec long Trailer on You Tube and that attracts enormous viewers instantly.

Prior to this film, Mr. Patel had worked as an Animator for numerous notable Films including Ratatouille, The Incredibles, Toy Story 2, Björk: Volumen and The Simpsons. He was working as an animator since 1996 and this is the first time he is independently directing a film. In last June, the film was debuted at Academy International Animated Film Festival held in France.

The film sets its Theatrical release on first week of November 2016.