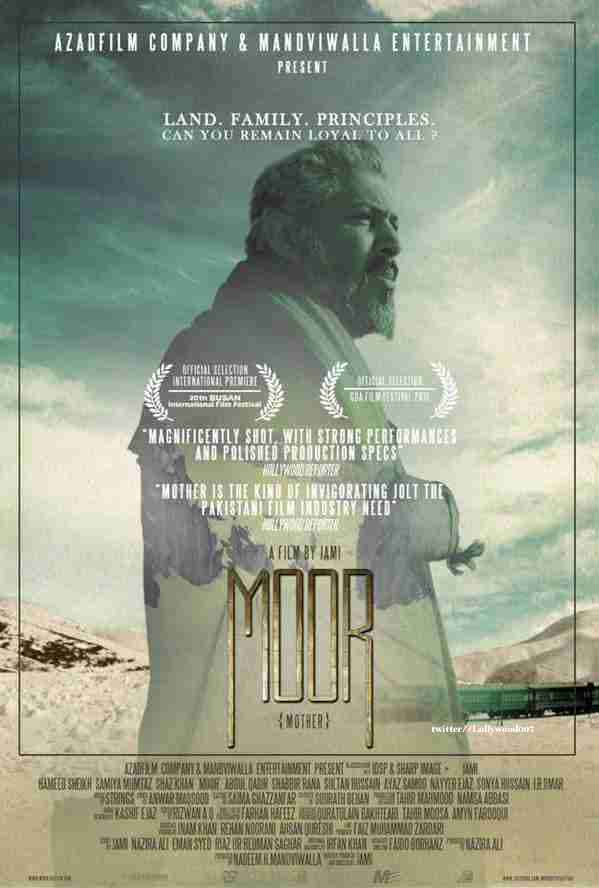 This year’s one of the prestigious Pakistani Films ‘Moor’ directed by Jami was selected to the International Film Festival of India (IFFI). Moor unfolds the story of a feeble railway station master who is struggling to retrieve the railway land from the Mafias. Hameed Sheikh along with Samiya Mumtaz, Ayaz Samoo, Nayyar Ejaz, Shaz Khan and  Abdul Qadir in lead roles of this film.

Except IFFI, the film was selected at the 20th Busan International Film Festival. Indian Filmmaker Mr. Anurag Kashyap who was one of the Jury members of Busan Festival watched ‘Moor’ and says to tribune journal “we’re trying what we can do release “Moor” in India…it’s going to happen.” Moor was also noted as this year’s Oscar entry from Pakistan for the Best Foreign Language Film.