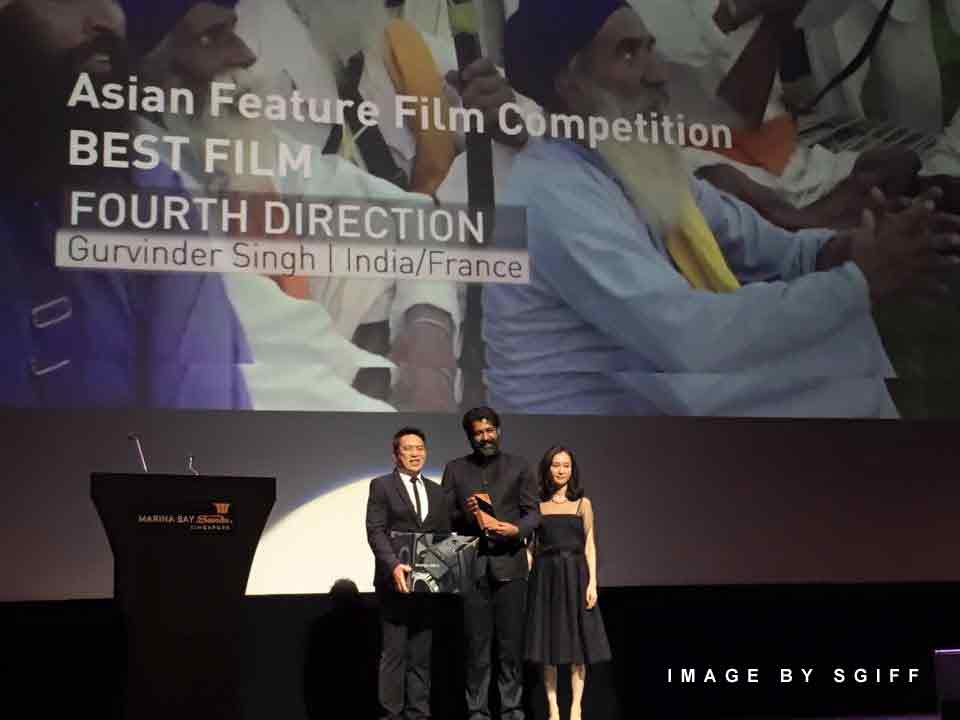 The Indie-filmmaker Gurvinder Singh’s “The Fourth Direction” has bagged two awards at a time. The First one was from Singapore International Film Festival (SGIFF), where it won ‘Best Asian Film Award’ and another one from Belgrade Auteur Film Festival, where it won the ‘Grand Prix’, which is considered as the top award of the  event.

At The Singapore Event, the Producer Kartikeya Narayan Singh received the award on behalf of the team. In a statement after receiving the honor, he says “I was happy no one walked out during the film screening.”  The Fest Jury of SGIFF Brillante Mendoza, said “Through a masterful execution, ‘The Fourth Direction’ makes us experience the fear and tension of the era and how the political situation is influencing the life of this family.”

At Belgrade, Filmmaker Gurvinder received the award and says “I’m delighted here in this Fantastic Evening with all of you. The Credit of this award goes to each member who worked for Chauthi Koot.”

Prior To SGIFF and Belgrade, the film was also premiered at Cannes International Film Festival, where it received a ten minutes standing ovation.