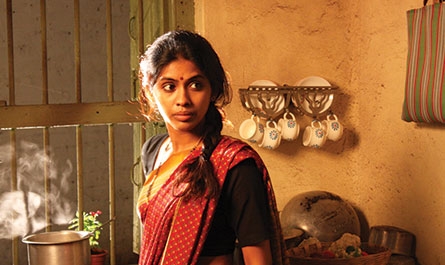 Gajendra Ahire’s Marathi film “The Silence” selected for screening at the Brasilia International Film Festival. The Silence is the first Indian Film showing at Brasilia International Film Festival. The film is scheduled its screening on 8th November, 16H30 at Cine Brasília Movie Theatre. The Festival is held between 6th and 15th November 2015 at Asa Sul, Brasília. The 92M film “The Silence” sets its competition at the gala with the films from “Mexico,” “Belgium,” “Germany,” “Bulgaria,” “Paraguay,” “Cuba,” and “Argentina.”

The Film is about the poverty, rural life in India and sexual violence to the womanhood. Prior to the Brasilia International Film Festival, the film got selected at 17th Mumbai Film Festival (JIO MAMI). Also, it won best filmmaker award at The German Star of India 2015 fest.

The Cast of “The Silence” are Nagraj Manjule, Anjali Patil, Raghubir Yadav, Kadambari Kadam, Mugdha Chapekar, and Vedashree Mahaja. The film was penned by Ashwini Sidwani, while Cinematography by Krishna Soren.

Continue Reading
You may also like...
Related Topics:Gajendra Ahire Filmmaker, The Silence film