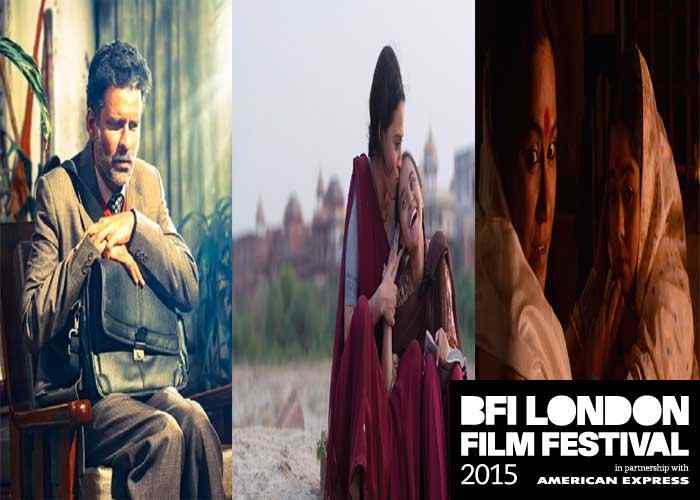 Prior to the BFI film Festival, The films like Aligarh and Kothanodi already completed its premiering at the Busan International Film Festival.

This was the first Time; the Ad-Filmmaker-Turned-to-Feature-filmmaker Ashwiny Iyer Tiwari, directed a feature length film. A Few days back, the film had its premiering at the Silk Road International Film Festival and Swara Bhaskar, a lead role character of the film won best actress in that event.

The Filmmaker Bhaskar Hazarika made his film ‘Kothanodi’ within a Limited budget, which he collected through a crowdfunding campaign.

Aligarh’ tells a story of a professor who have a homophobic character, ‘The New Classmate’ is all about the mother-daughter relationship story while, ‘Kothanodi’ unfolds a supernatural theme.

The BFI London Film Festival is UK’s largest Film Festival Event that was organized by the British Film Institute.  Every year, the festival has receiving more than 3,000 entries from the global filmmakers for premiering in the competition and non-competition sections. This is the 58th year, they run this film festival.

Congratulations! To all the Prestigious Victors

Hansal Mehta’s ‘Aligarh’ will be the opening film of this year’s Mumbai International Film Festival
This is a Great Time – Satyajit Ray‘s ‘The Apu Trilogy’ Selected among the Top 100 Films Category: Busan IFF Report.