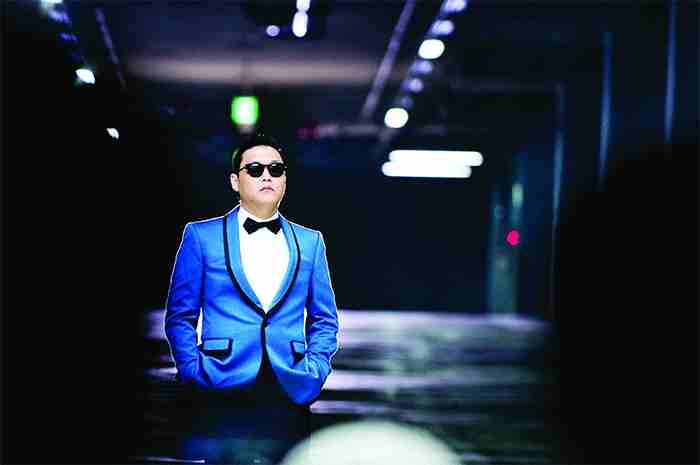 How the PSY’s Gangnam Style Instantly became a viral hit? What’s so special in that video? The Discussion about the making of best viral video tips and techniques are defined here.

So, what does the viral video mean? Any video that has nonsense (or NOSENSE) content is defined as viral videos: Literarily, this is the common person’s opinion about the viral video, somehow this is correct or might be not. Whatever it is, pushing a usual video to the trending section of the YouTube is not really an easy task. There is a fact that you should know about the trend listed videos i.e. The videos that are appearing in the trending section of YouTube is purely based on the video traffic that was detected with the search engine algorithm, not the manually the effort of the YouTube engineers as you think.

The search engine algorithm is identity a viral video on the basis of social shares, backlinks (re-direct links from some other websites/blogs) and also on the basis of true viewers count. Nothing else!

This article is giving you an overview about the viral video making tips and the tricks that from the pre-production to the post production stage.

Script: Like any other video, the script is the core part that makes your video viral, but keeps it simple.  Let’s simply illustrate it with YouTube’s most popular video- The PSY Gangnam Style; it is a Korean language video, but YouTube Traffic algorithm shown that the video’s major counts of traffic are shared from The United States and India. How that came to possible for a Korean language made video? The Language, Exactly!  Its language is so simple, similarly it understandable for any language speaking person.

But do you believe that a simple script without a strong or unique story became viral hit? No, Right?

Audition: Casting is really an important thing behind the success of every scripted Video. Never cast your friends, unless they’re not really the professional actors.

Time Duration: Keep it short as possible, i.e. exactly its total running duration should be a minimum of 3 Minutes and maximum of 8 Minutes. However, there are no rules in the case of time duration, but if you check out closely once the viral videos, you can find out this trick.

Analysis: Can you find out convincing answers for the below shown four questions – If so, we believe your video will achieve viral publicity as you wish.

Location: Select a location that is totally apt to your story: Say for an instance –if your film needs a hospital interior location, you have to arrange it. But, we know that you are purely working on a tight budget: So, how to achieve the same effect is – either you can create the hospital set in a small room or else you can hire a small clinic’s room per hour basis.  Take right decisions at the right time. Did you know that almost all the You Tubers make their videos in a single room? Olga Kay, a US based well acclaimed You Tuber has created 20+ videos so far and her almost all the videos went on viral.  The surprising fact is all of her videos are shooted in a single room, is that possible to you?

Also read: How to make money from YouTube Videos?

Camera: Which camera is best to shoot my Short film/video? Our answer is any DSLR camera; it gives you the exact HD videos. Choose right camera lens (detailed information about the camera lenses are linked here) also don’t shoot your videos without a tripod. In case you are newbie, use a tripod instead of the hand-held.

Sound Design + Music: It’s not a matter whether you are making a music video or a fiction short, literally the music and the sound design plays a core role in making your videos trendy.  Mike Rosen-Molina of videomaker.com suggests that- Connect Your Video to One that’s already Viral- there she stated that the popular music video Gangnam Style has 2000+ spoofs (alternative duplicate videos). So, the point is people who watched the original Gangnam Style video also interested in watching the alternative videos that translated to another language or converted to another style.

Don’t add any Credit Titles:  You are making a viral video, not a short film: YES, the international HYPOTHETICAL rule is viral video makers never include any credits in the beginning and the end section of their video, instead they add the credits in the ‘About tab’ provided in the You Tube.

The Title: Add a catchy title, that’s mandatory because on now days 60% of the YouTube traffic are re-directed from the blogging sites. Their internet analysts are constantly monitoring the YouTube/Vimeo to check out what’s new in it. Let’s explain it easily: for an instance our site’s (filmmakersfans.com) internet analysts are regularly seeking filmmaking tips, tutorial videos. Assume that we sawed two filmmaking tips videos on YouTube. The first one that we sawed in YouTube was named as ‘filmmaking tips’ and the second one is named as ‘none of the existing filmmaking tips videos are better than us: Here is best that you get’ Good or bad, we certainly watch the second video. That’s the trick!  Also, don’t forget to add Keywords (like- best video, best viral video… etc) in your ‘About Tab’.

Facebook+Twitter: Send a personal message to your friends for asking them to share your video. Create an event within your Facebook profile and saying that you are going to share your video on DD-MM-YY time.  Addition to this, if you are ready to spend small money ($20-$30), your promotion can be done effectively through the Facebook.

Comment+Like+Subscribe– In the end of your video, ask your readers to subscribe (Mainly) your channel +comment and like on your video. That’s essential for optimizing your video in search results.

The Final advice: Never make videos that harassing a community, person, etc. If someone complaint to YouTube against your video, they will lift it from their site without a prior warning. Many instances are there- on 2014 YouTube has removed a video of popular Indian Channel AIB, recently The US court has ordered to the YouTube to remove instantly an Anti-Muhammad video namely ‘Innocence of Muslims’ Beware of such facts, make sure that your video didn’t have any such bad things in terms of visualization or the language.

Was this information helpful? If in doubt, ask to the author; also share your opinion here

Filmfreeway Vs withoutabox: Experience Project Review
The Exact Job of Still Photographer is….