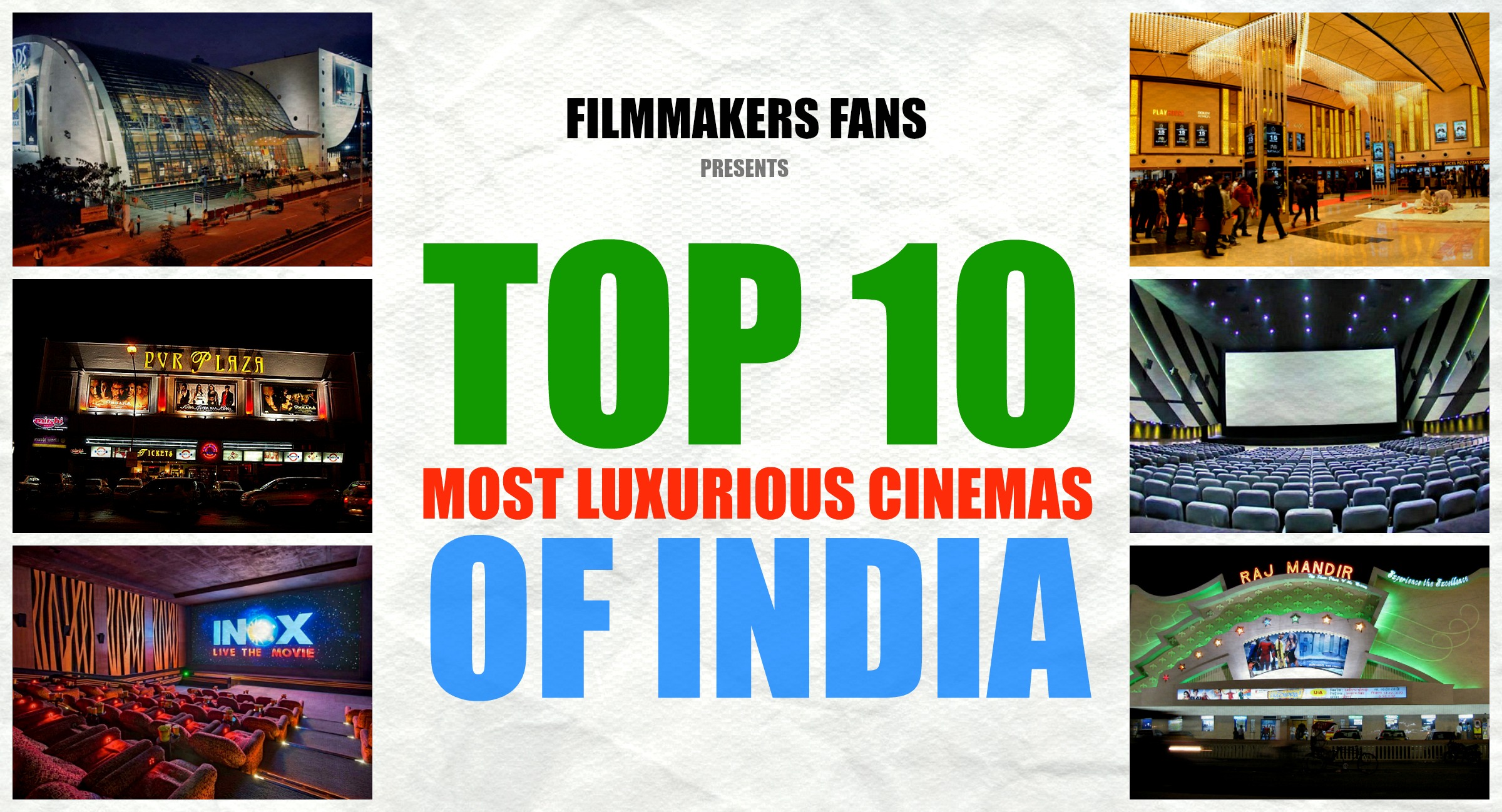 In This Article, Filmmakers Fans  Explaining about the Top Ten Most Expensive and Best Movie Theaters (Cinema Halls) in India, which especially located in Areas such as Delhi, Mumbai, Pune, Chennai, Hyderabad, and Kochi (Kerala). Read This article and Share your Opinions in The Comment section shown below.

For many movie lovers, watching a movie brings comfort, but several movie theaters are taking this comfort to the next level. So much so, that at some venues, its literally insane. And so in this post we are going to tell you about 10 of India’s most expensive movie theatres.

Located in Delhi’s posh-est neighborhood Vasant Kunj, this multiplex boasts of luxury recliners, great audio-video, impeccable service (waiter is just one push of a button away) including wine-dine and hot towels, and a movie on demand service where you can access some of the rarest movies by paying a premium fee.

Another premium multiplex from PVR, this one is located inside the Logix City Center Mall, Noida. Consisting of a 4DX, IMAX, Playhouse and multiple regular theaters, this is the second biggest multiplex of the country with 15 screens, and without any doubt, the premium services of this multiplex come with a premium price.

Grabbing the top 3 spots of this list, proves that PVR is on its mission to deliver a premium movie watching experience in the country. And PVR Kormangala is no different, however with its premium rates, it also have several bad reviews that complain about its bad food. But the premium price gets you your own personal server during the whole movie.

Rates – Anywhere between INR 650 – 750, depending on the movie and show timings.

Though this INOX also has regular screens that would cost you anywhere from INR 180 – 250, its special screening room caled ‘Insignia‘ commands premium pricing. Boasting of its luxurious service and great audio-video, some Mumbaikars would say the price is justified.

This upper class multiplex in Kochi’s largest mall. This multiplex offers a wholesome movie experience, with its massive 9 screens. Sprawled over an area of 71,000 sq ft. and a capacity of housing 3000 patrons at one time, PVR Lulu Mall becomes one of the biggest multiplexes of this pan India cinema hall franchise. All the screens of this multiplex feature 2k Digital Projection, 7.2 Dolby Surround Sound, 3D Enabled Silver Screen and JBL 4-way speakers.

The first of its franchise, Ariesplex came into existence after taking over SL Cinemas in Trivandrum. The theatre franchise plans to expand its infrastructure all over India by the end of 2017 and offers ultra modern tech and facilities to its patrons. Ariesplex is known for having the South India’s first 4K projector (only one screen) and recliners and seats imported straight from Belgium.

Boasting of being the best cinema hall in Jaipur, Rajmandir is definitely one of the best places to visit in the Pink City. Besides being a premium theatre, Radmandir is also a major tourist attraction for being one of India’s largest (and still operating) single screen theatre. Established by the renowned Golcha family, the theatre came into existence 250 years ago and has been providing a great movie watching experience since. The cinema hall is also known for its grand and royal decor, and the largest screen in the city. Popular both nationally and internationally, the theatre attracts both movie goers and tourists everyday.

Rates – The tickets for this legacy theatre start from INR 120 – 400 per person.

With its rapid growth in the last decade, PVR bought several single screen theatres in the capital city and turned them into luxurious multiplexes. PVR Plaza is one of such theatres where movie premiers were held and you can watch the pictures of those star studded evenings adoring the multiplex’s walls. The cinema offers standard movie going experience but the high cost is justified by its location.

This venue wears the crown of being India’s LARGEST multiplex with a whopping number of 16 screens, putting PVR Superplex in Noida to the second place. Operating since 1997, Mayajaal started as a humble venue for movie goers and has now grown into a beast of a cinema hub. But its not just a multiplex, Mayajaal offers a wholesome outing experience for its patrons with cottages, rooms, spas and other entertainment venues open for its patrons.

Rates – The great experience of Mayajaal Multiplex can be enjoyed on an affordable price range of INR 120 – 155 per person.

Opened in 2003, it may not be the biggest IMAX in the world, but it made its name by being the most attended screen in the world for major blockbusters like the Harry Potter and Spiderman franchise. It was the third IMAX that India got, but it quickly rose in popularity and evolved in a complete entertainment ecological system of its own. With addition of gaming zones and food courts, soon Prasad emerged as one of the premier movie watching destinations of Hyderabad.

Rates – A ticket for Prasads can cost a moviegoer anywhere between INR 120 – 500.

That’s the End Of Article “Top Ten Cinema Halls In India” We Hope You Enjoy Reading. Let’s Us know what you really think about this article. Post Your queries in The Comment section Below.