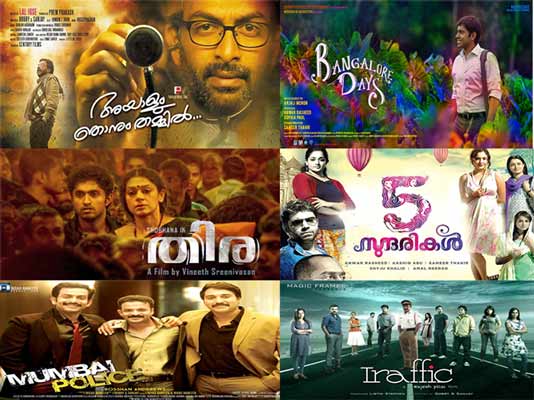 The cinema of Malayalam was initially witnessed a ‘New Wave’ from 70’s to end of 80’s. By all the means, the films that are producing from Malayalam at that time is much ahead of any other Indian state films. The Filmmakers like KG George, Aravindan, Adoor Gopalakrishnan, Bharathan, and Padmarajan of that time has contributed the best for the ascent of Malayalam film Industry. Later, from the beginning 1980’s to 2000 period, another group of young filmmakers like Rajiv Anchal, Satyan Antikadu, Priyadarshan and Sreenivasan has implemented another new kind of storytelling in Malayalam films . Most of their films released on that time are based on the subjects like mocking contemporary politics, unemployment and Campus based Love Stories. Similarly, more than 80% films of that time have non-adultery content, that cause the presence of more family audience to the theatres.

But, from 2000’s to 2010 periods, the Success of a Malayalam Cinema was decided by few Lead actor’s fans and almost all the films are released on those times are ‘fan-made’ Films. It is often noticed that quality of the content is found less in those ‘fan-made’ films, in addition to this, the theme of those movies doesn’t  seems ethical at all. For an instance, a 50-60 year old aged hero roamed behind 24 year young actress for expressing his desire: it was the usual theme of movies that released at that time.

Thereafter like 80’s,  a so-called potential change was happened in the Malayalam Cinema  after the entry of another pattern of filmmakers like Aashiq Abu, Anwar Rasheed, Amal Neerad and Sameer Thahir who were created great satires like Salt ‘N’ Pepper, Ustad Hotel, and Chappa Kurishu. From a relief of fan-made films, equally the audience and Film critics welcomed the new filmmakers/artists films. Compared with the contemporary  Malayalam films, the budget required for making ‘New wave’ pattern cinema is very less.

According to the Survey, for making a usual Malayalam film requires a budget between INR 6 Cr to 10 Cr, but, a new generation cinema can easily made with a budget between INR 2Cr to 5 Cr. The Big Budget film Producer Turned to New wave film producer, Mr Suresh Kumar of Revati Kalamandir Production says, ‘He likely to produce more new Wave films in Future’, Mr suresh was the producer of two recent blockbuster Malayalam new wave films like Neelathamara and Rathinirvedam.

A usual talk is, the new wave of Malayalam Film causes the end Super star’s era and arrival of new actors like Nivin  Pauly, Vineeth Sreenivasan, Dulquer, Jayasurya, etc. There was a time In Malayalam film Industry, where the dominant actors like Thilakan  and filmmakers like vinayan banned for signing the new Malayalam films because the reason of rising a voice against the lead actors. But, things are radically changed (at least partially) after the arrival of new wave cinema.

Probably, the word ‘Minimum Guarantee Actor’ was familiar only to Malayalam Cinema, casting of an actor is depending on the basis of this ‘Minimum Guarantee Evaluation’. The ‘Minimum Guarantee’ of an actor is decided on the basis of actor’s hit films and overall market rating. As we all know that, this is not at all a new method, from the history of making films, the casting usually depends on actor’s market value. But, the sole difference between there and here is, here the whole industry revolves around 5-7 main lead actors, but in the other industry’s the same happened reversely. This stereotypical casting system came to an end after the arrival of New wave Cinema.

Now such beliefs totally has been changed, the box-office success of a film on now days depend on the quality of the content and visuals. Corresponding to that fact, there also occurred heroine important films, Ashique Abu’s film ’22 Females Kottayam’ is all about a betrayed husband (Fahad) and his wife’s (Reema) revenge story. The Film did well at the Box-Office. These times, the Malayaless also witnessed an, on screen kissing scene in their film that is almost similar to Hollywood Film scenes. There are also a significant changes noticed in the visual style of making Contemporary Malayalam Movies. The filmmakers like Sameer Tahir, Amal Neerad and Vineeth Sreenivasan are at best for creating stunning visuals and that causes the Malayalam Cinema to get noticed again nationally as well as internationally.

People are saying- the Sundance is the Best indie Film Festival; Right?
Video: The history Of Color In filmmaking