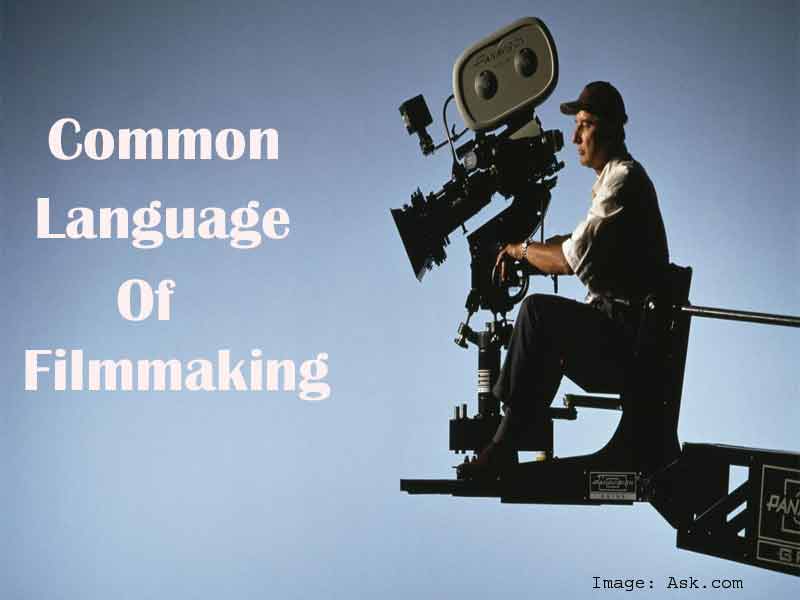 Read – The Common Language of Filmmaking, Hope this Article will inspire you and get more knowledge about the language and the Techniques of Filmmaking

1890 was the year that saw the dawn of the motion pictures. From random footages that lasted for one or two minutes, it soon grew to fantastical concepts that kept the audience captivated for about 10 to 20 minutes. The word films or cinema was nowhere to be seen or heard by then, but the phenomenon was taking the world by storm. People like George Melies and Dada Saheb Phalke were the pioneers who saw the true potential of behind the technology of moving images. But where George Milies made films that rode the flight of fantasy, Dada Phalke chose to retell the stories of Indian mythology. Both the men used the same technology to invent two different kinds of genres. They were practically doing the same thing, but what they made was completely different from each other. However, it was D W Griffith who changed everything — He was the forerunner who invented ‘cinema’ (he is called ‘the inventor of Hollywood’). Griffith was perhaps the first filmmaker who developed a very clear language of filmmaking. Orson Welles once said about him, “No town, no industry, no profession and no art form owes so much to a single man.”

The Language of Cinema

Before Griffith, films used to be just video footages put together in sequence; what Griffith brought forth was- a unique style that made the story and characters feel alive. He was probably the first person to use a ‘Close Up’ of his actors. He used editing to create tension and anticipation by intercutting between the faces of the actors and events around them. This was something that was so simple, yet never done before by anybody. And learning from this genius man, future filmmakers went further and kept adding to the language of the film.

And soon it developed into a standard technique of making and shooting a film. The filmmakers call it — the Language of Cinema. Though it’s not necessary to understand this language to enjoy a film, but its highly possible that the genius of the filmmaker might be lost on an audience who is not familiar with it. This is what makes a film a Classic. But, what does it really mean? What is the Language of Filmmaking?

To understand this, one has to imagine a film like a big machine; that is made of several tiny parts and components — Story, being the most important one.

Combine that story with all the visuals and audio that the filmmaker edit in a predefined sequence, and you have the language of that specific film.

Like every machine, everything that you hear and see in a film is there for a reason. A good filmmaker never leaves anything unnecessary in their film.

Despite knowing that what you are seeing is not real, you were on a roller coaster of emotions. A good film tends to do that to its audience. And it starts with making your audience believe that they are in a real world. To do that a film must employ three methods to bring the audience into its world:

Its impossible to make everyone happy. And so even the best of the films fail to impress a lot of people. This is why different filmmakers taking different approaches to making their films. In the industry like Bollywood, story and character conflict take a backseat, while pomp and show drive the show. A filmmaker must understand what their audience want. Let’s face it, no studio makes films to celebrate the art and aesthetics; they do it because it’s a highly profitable business with terrific returns. And in the recent decades, this has tremendously effected the way films are made.

Filmmaker IQ has created a good Video essay regarding this topic. Watch it now.

Video: How Do We Measure an Audience? By Filmmaker IQ

Technically the craft is growing by leaps and bounds. From bringing dead personalities back to life, to creating new creatures and world, CGI can bring absolutely anything to screen today. And it has changed the way we write a screenplay. Except for budget constraints, writers and filmmakers are giving their imagination a free reign. More Sci-Fi films are coming out than we ever thought were possible before. New types of cameras have given the filmmakers a brand new sense of visualization. With the technology getting cheaper and more accessible with time, more and more filmmakers are experimenting with new techniques. But making a film is not as easy and inspiring as it sounds.

With many sleepless nights and endless days that leave you exhausted while writing and shooting, and then editing —  making a film is one of the most demanding things that a person can do. And after all that hard work there is no guarantee for success. Filmmaking, especially independent is an uphill battle. With unforeseen obstacles at each step and more difficulties than you ever imagined, making films can be one of the toughest jobs of all. But for the people who are really passionate about it, it all becomes worth their while when they see their first cut. Learning to make a film does not need a formal education, but a zeal to make films and the knack of understanding the art of storytelling.

So how does one acquire the knowledge of this language?

— Read. Watch. And Make a film yourself.

Read as many screenplays as you can. Watch lots and lots of movies, and scenes that you like on repeat. And most importantly, make your own films (be it big or small). There is no better way to learn the language of filmmaking by involving yourself in the process.

You can also try to reenact your favorite scenes from a movie or a TV show. This will not only help you in understanding how the original filmmaker did it, but you will also learn what new you can do with that same setup or technique.

So if you are an aspiring filmmaker planning to shoot something; don’t just keep waiting to learn more. Become your best teacher, and make a film.

Write something, and just shoot it. The language will come to you itself.

Continue Reading
You may also like...
Related Topics:The Language of Filmmaking

Video: The history Of Color In filmmaking
Things to Remember Before Casting a Child in the Leading Role of Your Movie