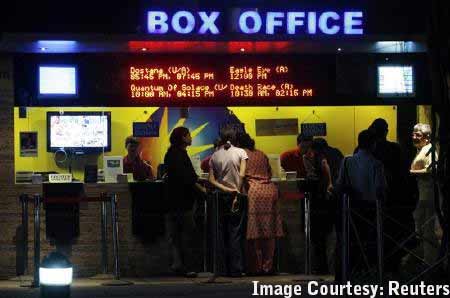 Learn more about the Film Distribution in India. Distribution is the integral part of the Movie Business, it is the way a financier or a film producer gets back their returns. This article gives you the complete explanation about the Indian Film Distribution. Meanwhile, if you have any doubts (or) Opinions related to this section, please ask in the comment section below.

Producer: A Person who Invest for making the Films is called Producer. They invest in films under a “Production House” brand name: For an instance, the film producer “Karan Johar” owned Dharma Productions he producing films under that Brand name. A film Producer is responsible to manage all the expenses in film such as payment for the artists, technicians and managing the daily expenses.

Cost Of The Film: pre-production+ Film Production+Post Production+ Advertisement  Expenses (Condition: 2% to 4% of poster publicity expenses will be debited from Exhibitors)

Exhibitors: According To Film Glossary, a person who owned theatre is called an Exhibitor. There are two ways an exhibitor, getting right to display a film in their theatre. The first method is, on the basis of a pre-agreement with a distributor hire theatre to showcase their films. The Second method is, the releasing centres (A Class Theatres) give advance money payment (theatre advance) to distributors for getting the right to display that particular film in their theatre . Above, the Secondly explained method of Film Releasing is dependable on the basis of cast and crew; sometimes it is based on the tie-up between Film Distributor and Exhibitor. Distributors get the return from the theatre and it is known as “Distribution Right”. The ‘Distribution right’ is calculated on the basis of an agreement with the theatre owner/Exhibitor Association and film distributor, as the way below mentioned tabular column shows.

Hold Over: If, a Film not earns 70% of revenue from all of its three theatrical shows (A Day Count), then it is called as ‘Hold Over’. In such a case there will be a 10% less in Profit Percentage Sharing of distributors in the first week and 5% less in next two weeks.

YouTube Vs Vimeo: Which one is best for video makers?
How to make money from your short films? Fully Explained