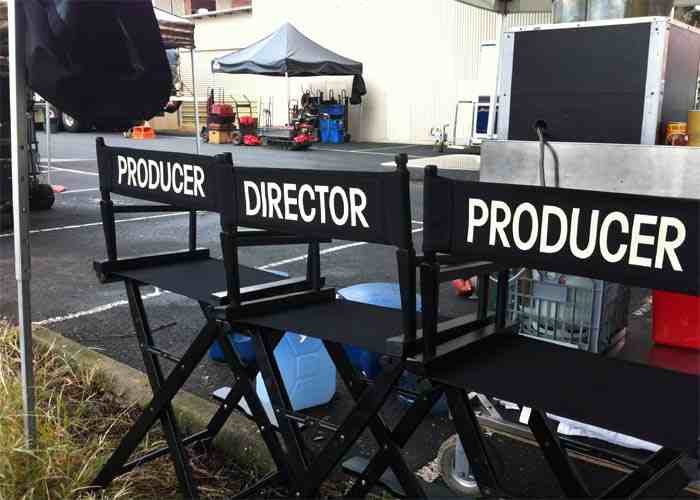 A film is like a ship where the director is the captain. Working under the captain are numerous people who contribute their creative skills and physical labor to bring the vision of the director to the silver screen.

The following is a list of various Film Crew Titles, their duties and their approximate salaries divided into various departments.

Responsibilities– The 1st Assistant Director works with the director and the production manager to organize the film crew, make shoot schedules, secure equipments, and breakdown of the script.

Salary– Depends on Each Project. According to Indian Film and Television Directors’ Association (IFTDA),

Responsibilities– The 2nd A.D. works with the 1st A.D. to make sure the planning & scheduling made by him is well executed. He makes the call sheets, helps manage the scheduling of talent, crew and equipment that is needed for each day and give instructions to background extras in a scene.

Responsibilities– The line producer supervises the entire budget of the movie. His job is to make sure that the director’s vision is fulfilled within the budget of the film. He is responsible for the smooth execution of the project by not exceeding the budget.

Responsibilities– The production manger supervises the organization and distribution of the production budget, crew & equipment scheduling and other paperwork. He reports to the Line Producer about the day to day expenses.

Salary- Not Fixed. Varies with Project.

Responsibilities– The script supervisor maintains a daily log of the filmed shots. He also works as chief continuity person.

Salary- Not Fixed. Varies with project.

Responsibilities– The production designer is responsible for the overall visual “look” and “feel” of a movie. This includes the use of costumes, landscapes, props and other visual scenery that can create a feel of the movie.

Salary- According to Association of Cine & Television Art Directors & Costume Designers (ACTADCD), for a Hindi

Feature Film, the head of the department’s salary is around Rs. 16 lakh.

Responsibilities– The art director is responsible for the design and construction of a movie set. They are essentially assistants to the production designer and help construct the “look” and “feel” of the movie.

Salary- According to ACTADCD, for a Hindi Feature Film, the head of the department’s salary is around Rs. 10,75,000.

Responsibilities– The publicity designer develops, coordinates, facilitates, and oversees the design of publicity materials including posters, promo shots, and the website.

Salary- Not Fixed. Varies with project.

Responsibilities– The costume designer designs, assemble, and maintains the costumes for a production.

Salary- According to ACTADCD, for a Hindi Feature Film, the head of the department’s salary is around Rs. 10,75,000.

Continue Reading
You may also like...
Related Topics:Film Crew Titles