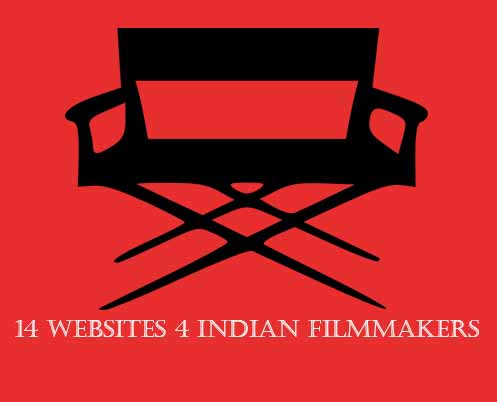 Here is an Enormous list of websites that are useful for the Indian film aspirants. This listing consists of-, film grants websites details, filmmaking websites, film crew association’s website and such various websites details. Bookmark this webpage for your future references.

http://filmbazaarindia.com/-  The National Film Development Corporation of India  (NFDC) is a non-profit organization that headquartered in Mumbai , India. The organization is working under the guidance of the Ministry of Information and Broadcasting, Government of India. Its mission is to provide financial support to the Indian-indie filmmakers In addition to the film production; they also conduct periodical filmmaking training workshops for the aspirants.

http://www.psbt.org/ The Public Service Broadcasting is a non-profit independent organization based in New Delhi, purposed for the promotion, Production and the distribution of the Indian Films. Their films are regularly telecasting in leading Television channels such as Doordarshan News, NDTV, Channel 4 and BBC World

The Ford foundation is a part of the ford motor company that was established in January 15, 1936. They offer complete production grants for the films that having high end subject uniqueness. An average of 7-10 feature films are produced in every year with the grant of Ford Foundation.

http://www.iftda.co.in/- In their website, you can find the interviews with the leading filmmakers, updates and reviews of latest films.

http://www.actadcd.org/ – This is the official website of Art Director and Costume Designer, association India: you can apply their membership or you can hire an art director/costume designer through the links provided in this website.

& http://www.indianmotionpictures.com/imppa/contact.html are the websites of Indian Film Producers Association. Online- new member registration facility is available on their website.

http://www.cinemusiciansassociation.com/ – This is one of the best and well-responsive website of the Indian Film Union, featured facilities of this website are Member search, registration etc. The ordinary member registration in the Cine Music Association will costs at Rs 1, 500/-

The play back association of India was formed in 1956; Mr. Sanjeev Kohli is the current association president.  The new member registration detail is linked in this website.

http://www.filmfed.org/- The film federation of India is the apex body of studio owners, film distributors, film producers and the film exhibitors. They only have the right for the selection of Indian film entry to the Oscars.

Central Board of Film Certification (CBFC)

http://cbfcindia.gov.in/   Central board of film Certification (CFBC) was founded in 1951 at Mumbai India.  The purpose of the establishment of CFBC is, for the censoring and gives appropriate certification to the feature films, television shows and Video ads-on the basis of the Cinematograph Act 1952.

A small Overview about the Film Censoring System In India
How to Submit an Indian Film To The Oscars?