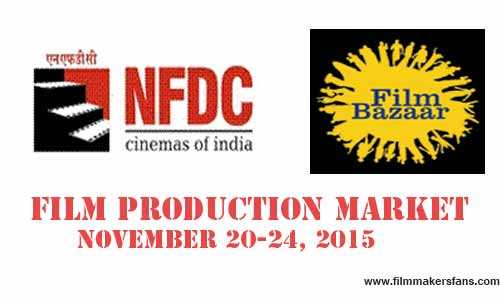 NFDC (National Film Development Corporation of India) is now calling entries for co-production from filmmakers and film producers, having excellent Asian Stories, film distributors and financiers. The last of accepting entries is on 31 July 2015.

An applicant must be Include Following Details in the Entry Form

About NFDC (National Film Development Corporation of India) is a non-profit organization that aiming to promote, finance, produce and distribute Indie-films and parallel Indian Cinema. The Firm was organized by the Ministry Of Broadcasting, Government Of India in 1975, Until this date NFDC has been co-produced 300 films in various languages.  Some of such notable films that produced by NFDC are including ‘That girl with Yellow Boots’ by Anurag Kashyap, ‘The Ship of Theseus’ by Anand Gandhi, ‘Shanghai’ by Dibakar Banerje and ‘Lunch Box’ and Ritesh Batra. Since 20111, NFDC expanded its services to other Asian countries like Sri Lanka, Afghanistan, Bangladesh, Nepal and Bhutan.