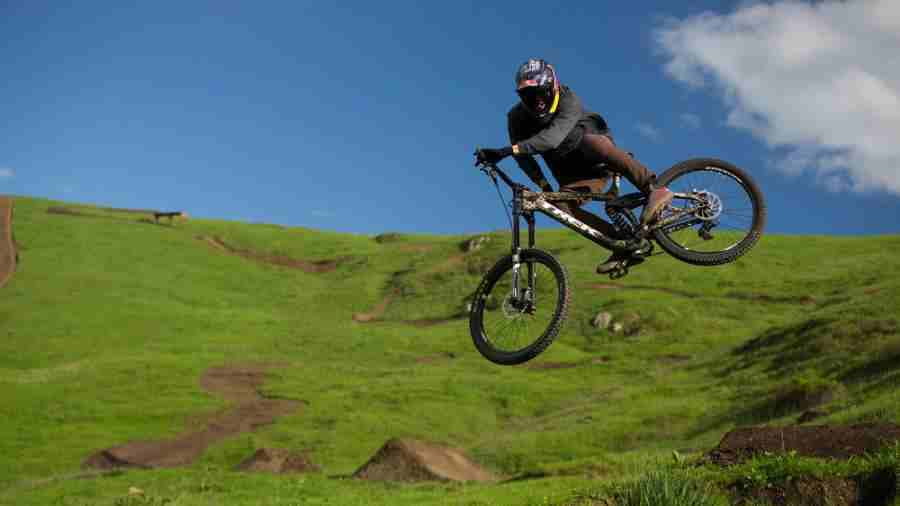 How they can create this?

The Mountain location that you saw on the video was in Cambria, California, they get the final satisfied output on the seventh day ofthe shoot. It is sure that, if they cast any mountain biker other than Brandon Semenuk, then this video couldn’t be possible. While shooting, Brandon was injured on left wrist, he manages that circumstance and concentrate on finishing this project.

Believe that the film was not shooted with drones, they shooted this video on Toyota Tundra that equipped with a GSS C520 gyroscopic stabilization system and the video captured with RED Epic Camera. GSS C520 is best equipment to shoot the film in jerky area without a video shake. The digital cameras like Sony F55, RED Epic and Red Dragon are compactable in the GSS C520 Set Up.

The biggest challenge for them was to visualize this video without a shake. The Fact is -Whatever the setup you use, there must be video shake occurs if you are filming a track shot in a hilly place without drones. Here, to avoid such jerks, they primarily polish the route where the camera mounted vehicle moves and that route was finalized in according to the camera focus and the focus subject.

Darcy Wittenburg, producer and co-founder of Anthill Films said that – finding the right location was the biggest challenge of this film, after a month of location scouting we finalized a 2,000-acre ranch in Cambria, California, near San Luis Obispo. Darcy also said that ‘there was only one cameraman and a single red Epic camera system. I managed the focus movement of the camera, while Collin Jones drives the vehicle’. This video was a segment of a larger film unreal. This is its second version and its first video series was launched on earlier July 21. If you want to see its initial version, see it here.

This 03 M:28 S video filmed in 5 Seconds: Filmmaking
We Consider ‘The Little Terrorist’ as one of the great Indian Short Film, Available now on online, watch free