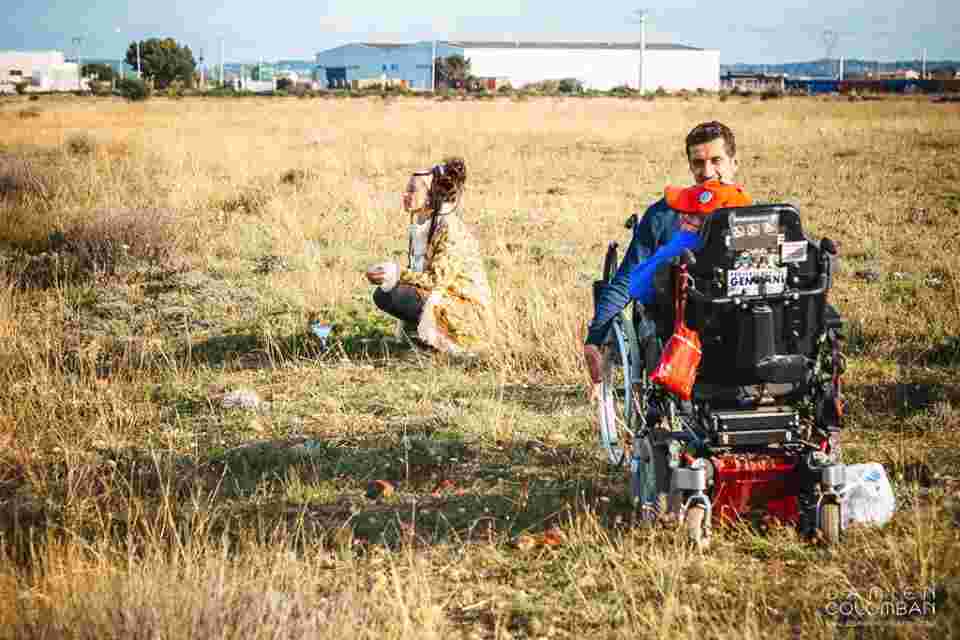 They captured the single take 1000 FPS from a car moving 50 km/Hr. The video would be really an unbeatable experience for experimental filmmakers.

The Film was directed by French Filmmaker Guillaume Panariello and the visual effects was supervised by Benoit Maffone.

Benoit said that, before the production, we reviewed the character-camera movement in live action 3D software and the output that we get is much higher than we expected. Approximately, 80 extra characters are systematically arranged in 80 Meter road for making this 3 M: 28 Sec video and it final shot was approved after 4 takes.

The image that shown below is the demonstration-how the scene was planned (each color is approximately 8.8 meters)

Behind The Scene Video is available on Their Facebook Page