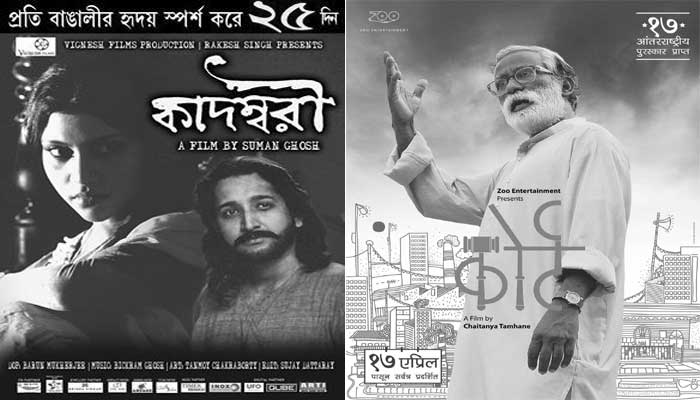 ‘Kadambari’ says, a heartbreaking story of Kadambari Devi , sister-in law of Rabindranath Tagore, enters the Tagore house as a bride of  Jyotindranath’s wife at the age of nine and eventually she committed to suicide due to some personal reasons.

The filmmaker Suman Ghosh, was born in Bengal, he started his film career in 2008 through the feature film “Footsteps” starring Soumitra Chatterjee and Nandita Das. Thereafter, he made 4 feature films -“Dwando,” “Nobel Thief,” Shyamal Uncle Turns off the Lights” and “Peace Heaven” was once  selected on the international film festivals including BUSAN IFF, Green Film Festival (Seoul), ReelWorld Film festival in Toronto and Freiburger Film Forum (Germany). His latest film “Peace Heaven” line up for World Premiere at the Busan international Film festival on the second of October.

Excluding the above two, a number of other films such as Aparna Sen’s Saari Raat , Rituparno Ghosh’s chitrangda , Anant Mahadevan’s rough-book and Nitin Adsul’s partu was also selected for premiering to this Year’s Washington South Asian Film Festival.

Angry Indian Goddess Selected at The Rome Film Festival too….
Hansal Mehta’s ‘Aligarh’ will be the opening film of this year’s Mumbai International Film Festival