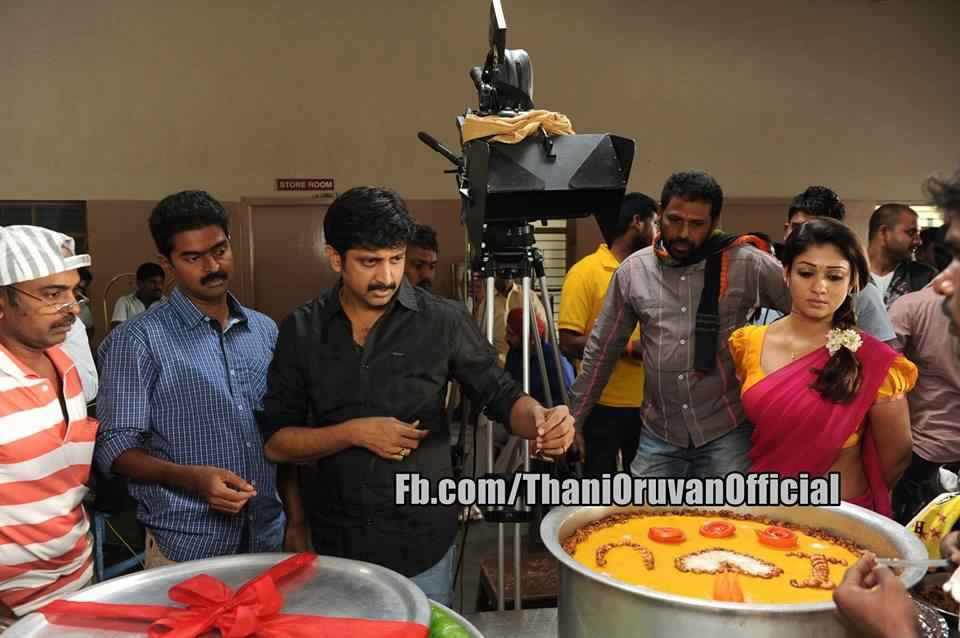 AGS entertainment’s Jayam Ravi starring M. Raja’s film ‘Thani Oruvan’ was the last Tamil Movie Shot on Analog film. The film had its theatrical release few days back and it turned into one of the biggest blockbuster hits among the recent release. Excluding this film, all the other films made by M. Raja is the remakes of the films made on other Indian languages.

‘Thani Oruvan’ was the last Tamil Movie Shot on Analog film. The Total Budget of the movie was decided 15 Cr. But, due to the number of retakes and delay, finally it reaches the budget of 20 Cr.

There are many reasons behind neglecting of film roll shots and the slope to the Digital Format. The digitally filmed videos have more clarity than the films shot in Analogue format, but there are some arguments against this. Meanwhile, some professionals argued, ‘both the analogue and the Digital Films ensure equal quality videos. In film rolls, the quality depends how the lab supervisor exposes and process it and in digital films it all based on the ISO settings.’

The second reason is, time consumption is less in Digital Films, previously the filmmakers load the film stock in the camera before the shots, but now they can store it is an External server or else they can upload it to the server through a software connected with the camera.

The Third a reason is cost efficiency, when comparing with an analog shot film the cost of production in digital film is 20 to 30 percent less. So, certainly a film production company prefers digital film than an analogue film. Also, the editing is easier for the footage shot with the digital camera.

Ramaji, the cinematographer of the ‘Thani Oruvan’ film says ‘I am an ardent lover of analog Fillms, however the unavailability of films cause, the change to the digital cinema.’

However, still some of the leading Hollywood filmmakers like Christopher Nolan, Martin Scorsese and Quentin Tarantino preferred to shoot films with the digital camera format. In a speech delivered at the Cannes International Film Festival, Mr. Tarantino had said “The digital Projection is made for television and 35 MM cinemascope are made for celluloid films.”

In Conclusion, scrutinizing to the future, there have less chances for the reentry of the 35 MM films. Almost all the cinema halls are digitalized, film editors of now days are not ready to edit the films that are shot with the non-digital camera and the film roll manufacturing companies like Kodak was almost stop its  film production and now focusing on the manufacturing of digital cameras, external storage  devices etc.

Film Journal published an article about the endangered films, the post extract says ‘Thanks for the memories: It’s the end of an era as 35mm film declines.’