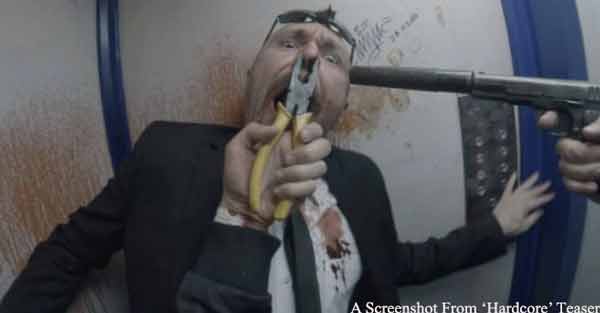 This was the First time, a film that wholly shot with the Subjective camera (POV) perspective premiered at the Toronto International Film Festival (TIFF).

Visualizing a film fully with the subjective camera perspective is an uneasy task, from story development to the production stage a closer observation of director is Indeed in each scene.

Like the Single shot videos, the Subjective camera shots also considered as an experimental filmmaking method. But, an issue of subjective camera is the shots are less capable of producing the emotions.

The film hardcore is all about a protagonist-turned superhuman character Henry, who is on a mission to save his wife from a dictator. The audiences were looking at the story through the eyes of Henry. (Originally reviewed by Malay Mail Online)

‘Hardcore’ is directed by the debut feature filmmaker ‘llya Naishuller.’ Earlier on 2013, he directed a Musical Album ‘Bad Motherfucker’ released on You Tube, latter it went viral and grossed 12 Million Plus views.