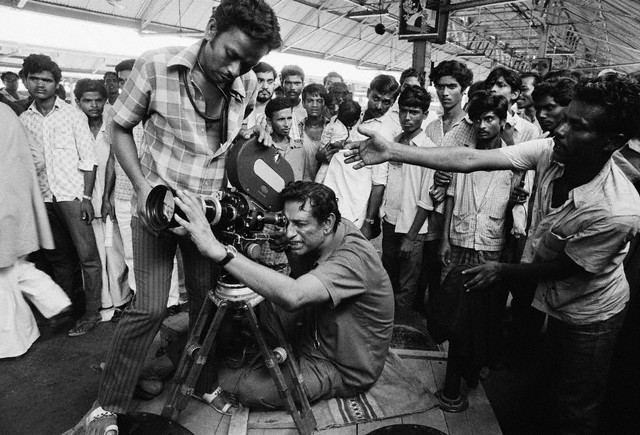 Satyajith Ray, Adoor Gopalakrishnan, Mrinal Sen, Ritwik Ghatak are some names which instantly make our mind travel into the classic era of film making. These legendary film makers had set such milestones in film making that it is very difficult nut to crack and touch that shining line of their achievements let alone breaking them, it is very tough and sacred path of submission, dedication and passion about movies that they have outlived.

“The work of Satyajith Ray presents a remarkably insightful understanding of the relation between cultures, his ideas remain pertinent to the great cultural debates in the contemporary world, not least in India.” Says Amartya Sen, Nobel Laureate Economics. Satyajith Ray was the first Indian to receive Honorary Academic Award. He focused movies basically in Bengali. His first film “Pather Panchali” won eleven international awards. His work is recognised and appreciated worldwide.

Adoor Gopalakrishnan has played very prominent role in revolutionizing the Malayalam film industry. His movies titivates film festivals all across the globe, he had won National award for sixteen time. Mrinal sen had his own artistic deception for film making, He also participated at different film festivals as Jury. Ritwik Ghatak also have the also made it very big in his career of film making.

All of them, be it Satyajith Ray or Mrinal Sen, Either Adoor Gopalakrishnan (or)  Ritwik Ghatak everyone has gone in the depth of the society. They have dedicated themselves in script, they had outlived that script while making the movies. Which Director today is ready for such sacrifices?

With the time we have grown affluently, we have better techniques, world class facilities but all this had made us a prominent and blind part of material culture. Bollywood have lost the dedication and producers and sponsors are blindly running after money! It’s all money game, what matter is the movie a hit or flop!  Surprisingly, movies with such loose script made crore.  If Director want to give a try to something off league it is almost impossible to convince production and sponsors.

Today, a celebrity assure the success of a movie not the script, then what is the need to even have one? It is really disappointing but it’s the harsh reality! For instance, let the example of “Tees mar Khan”, “Happy New Year” where they do stand against Satyajith ray’s Jalsaghar or Mrinal sen’s Akash Kusum? Neel Akasher Neechey, Bhuvan Shome, Interview each movie has a story, a plot, a deep connection with reality. It deal with much more than just mere entertainment. They have evolved our heart and soul but Today’s movies are hopeless. The public may watch it for some favourite star but they themselves feel cheated and stupid. They are not making movies they are making money!

It is the responsibility of film makers so the public to come up with money making era and lets do something beyond the world’s imagination. There are so much inspirational stories why not to start working on them? Why don’t they dream, learn and take inspiration from these classic film makers who devoted their lives in exploring the nature of life, human, cultural and reality!

Continue Reading
You may also like...
Related Topics:Parallel Cinema In India, Satyajith Ray

Content Writer / Copy Writer To Script Writer. Is It Practically Possible?
Behind the scenes: The critical condition of film criticism in India..