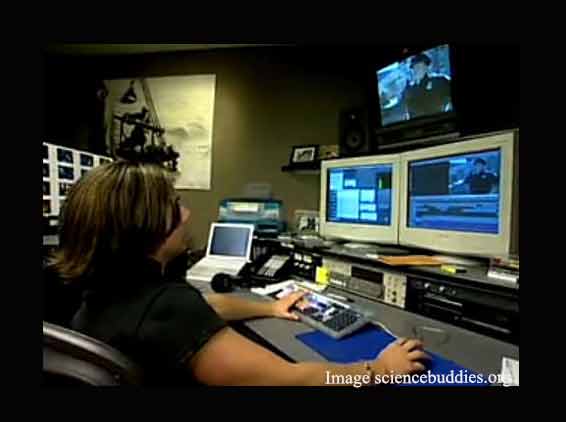 If you are decided to make your movie in Zero Budget, you need the crew and the technology that work for you ‘free.’ Coming to that point, we liked to mention here about the free film editing (full version) software that’s available for the free download. The leading editing software like Adobe Premiere Pro, Magix Movie Edit Pro, final cut etc, are also offering free versions, but it will validate for three weeks or a month long period of time and that can’t be practical to anyone. Looking for the free editing software list, we luckily merged with the source pages of many film editing software. We are mentioning here, some the best among them.

Light works is a freeware editing software (Non Linear editing system) developed by Neil Harris, Paul Bamborough and Nick Pollock in 1989. The application support video footage formats like PAL, NTSC, HD, 2k and 4K resolutions.  It is compatible for windows, Linux and Mac OS versions. Some other features of the Lightworks are- media management, Multicam editing, secondary color correction tools and Stereoscopic support. According to its developers, the Oscar-Emmy Award, scored films like The Kings Speech, Mission impossible, Braveheart and Batman were edited with Lightworks Video Edit Software.

The windows Moviemaker is free editing software, developed by the Microsoft Corporation. The editing tools enabled in the windows movie editing software are comparatively easier to use. The Movie maker software supports all the windows OS versions and it supports 64 languages. However, the critics say ‘It is not suit for the working professionals.’ Some features of the Movie Magic are customizable credit title texts, animations, variant fade-in-dissolve effects, etc. Measuring the other editing software with the Moviemaker, a difference is, no technical skills are required to use this application.

For Windows, OS X, and Linux.

The ‘Shotcut’ is free video editing software developed by Dan Dennedy, on 2011. The direct download links are enabled only on its official website. However, it can’t be called fully as free editing software, for getting the application you have to buy anything from the ‘Café Press’  (online shopping portal) through the links shown in the developer’s  web page or by making a simple donation ($5-30 USD) for the site sustainability.

The ‘iMovie’  is a video editing software made by Apple Inc, Comparing with the Apple’s own Final Cut series, iMovie has less features. It is really apt for editing the short videos like documentaries, short films, etc. The application has also enabled with the direct sharing links to the social networking sites like Facebook, Twitter, You Tube, Vimeo etc.

Avidemux is free, but effective video editing software made for windows, Linux and Mac. It support the file formats such as AVI, DVD, MP4, ASF and MPEG files. Some other highlighted features of Avidemuix are simple cutting, footage filtering, color correction and customer support through its forum.

‘It is a simple video editing software, that’s available for free download’ that’s what the critics say about the ‘Pinnacle VideoSpin.’  Site statics of softonic.com says, more than 20,000 VideoSpin software downloads are happening on every month.  Its Downloadable file size is 192MB.

The ‘Jahshaka’ (Previously known as CineFX) is a freeware editing software, compatible with windows, Linux and Mac operating systems. The function and features of Janshaka are almost similar to the premium editing software ‘Adobe Aftereffects.’

No Registration Required, Just download it and use- says its develovper. The application is available for Windows, Mac and Linux Operating systems. A detailed interview with its developer Danny Lacey can see here