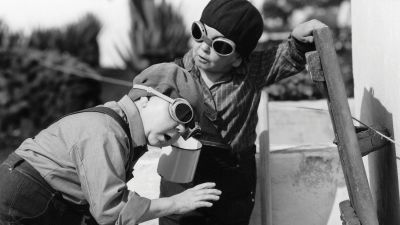 Sydney International Film Festival (SFF) is one of the notable film festival programmes in the world that on the mainstream since 1947.From this year onwards SFF is started a new screening program that named as Destruction Cinema. The Festival spokesman said that “During the late ’60s and ’70s, cinema underwent radical changes as societies broke down, censorship relaxed and the avant-garde found a wide audience. Bold filmmakers smashed cinematic form itself. We give the name Destruction Cinema to films that, both inside and outside the commercial industry, embraced the art of demolition.”. On this year, the festival will be held at 3-14 June 2015, SFF screening five anti-masterpiece movies in this “Destruction Cinema” section, watch here the trailer of these 5 films.

Film editor turned to Film director, Jackie Raynal’s French movie “Deux Fois” is an experimental film that was released on 1968. The Film was produced under the banner of Zanzibar Films, which is a venture that was initiated in 1960s to produce avant-garde films by young filmmakers. The Australian Film Critic Dr. Adrian Martin reviewed the movie Deux Fois in this way “Deux Fois is not only a formalist tour de force. It is also surrealistic, mytho-poetic, ritualistic, incantatory. And also ironic, performative, mocking, comic.”

Italian Filmmaker Giulio Questi’s movie “Django Kill… If You Live, Shoot!” is an adult categorised movie which causes the wide diversion of commercial movie making in Italy. The film tells a story of some surrealistic western monopolistic exploitation aspects.

Germanian self-filmmaker-screenwriter-producer Werner Herzog’s movie ”Even Dwarfs Started Small”  is considered as world cinema’s most appreciable Independent Film that have ever made before, the total duration of this film is 96 minutes. According to Werner Herzog, one of his major challenge was finding the dwarf characters, Gerd Gickel, Helmut Döring are Paul Glauer were handled the lead role of that movie.

“The first time I saw Even Dwarfs Started Small I knew I wanted to make films.” – Harmony Korine (Hollywood filmmaker)

Hollywood Filmmaker Larry Cohen’s 91 minute long film “God Told Me To” is also listed in this category of destruction cinema. This is one of the primmest science fiction/horror labelled films of that time. Time Out London listed the movie in the category of “The 100 best horror films”

“Extraordinary… One hell of a scary movie!” – The Soho News

Rogério Sganzerla directed this film “The Red Light Bandit” at the age of 21. The insider of this movie tells a story of a rapist who used a red flash light during the night times to break the houses.