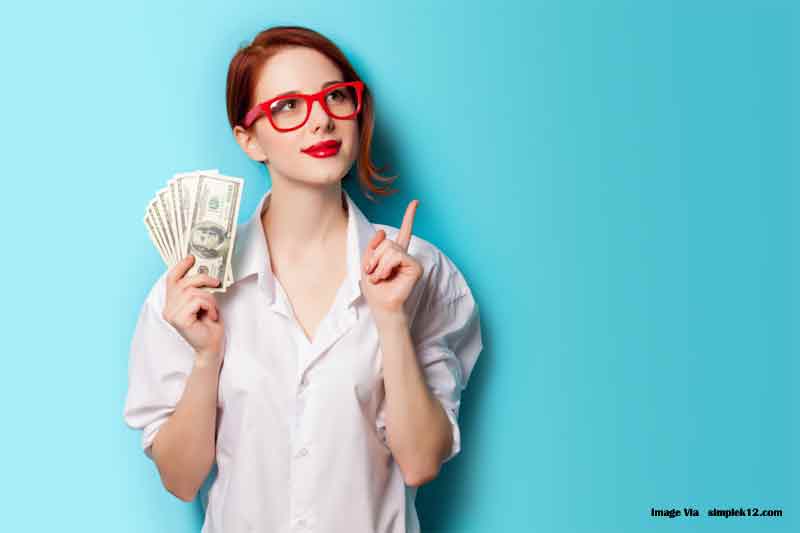 Every Filmmaker Should Read This. Here’s the list of Top 17 Grants for Indian Filmmakers. For any individual Filmmaker, with a national or international origin, one other thing which is most important other than the idea is the finance. Unlike a Writer or Song Writer, Director cannot transform his or her dream project into some reality without the presence of fund. Anyway, unlike the earlier days, during these days, more and more types of funds are easily available to the filmmakers or the production houses.

Fortunately these days, one can go for funding with international source too. However since the competition is so tough, your project really needs to be extraordinary in order to avail these projects.

In general, the funding depends on two types of elements. The first one is the types of films for which the fund is needed. Documentary films get preference in that lot. Another part is that one has to submit the distribution and sale rights to the main fund, at least partly. In this case, the most helpful ones have mostly remained the International ones.

In order to get the fund you need to submit the synopsis of the film, script, financial budget plan, distribution plan, bio data of the director, earlier works if any and so on. Undoubtedly these ones are supposed to be the attractive ones which can lure them into spending their money on the project. Here is a list of film financiers who provides finance/funding for Indian Filmmakers.

NFDC or the National Film Development Corporation Limited helps Indian film makers by providing them with co-production facilities. You can apply online or at the Head Office in Mumbai and other regional offices. As mentioned earlier, film makers need to submit the synopsis and other details along with the application form. You need to submit Rs. 2000 with the form for the short films and Rs. 5000 for the feature films. In general, NDFC attempts to finance the five selected projects along with the investment of additional 30%of the entire budget or Rs. 10 million anything that is less. You can contact them through mail i.e. nfdc@nfdcindia.com and visit their site www.nfdc.com for more information.

As the name suggests, this was established in order to promote the cross-cultural exchange of ideas through films. This American film funding company works in support of Asian, African, Latin American, Middle Eastern film makers. Every year twice, almost 10 grants worth of $10,000 are given to selected feature filmmakers. For detailed info, you can call 415-934-9500 or Fax at 415-934-9501. You can also email them at gfiinfo@globalfilm.org or visit www.globalfilm.org

Entry Inviting Date: Mid of October in Every year

This is an initiative by Berlin in order to provide production as well as distribution funding for the films which stir the audience with the aesthetic appeal or technique, cinematography and so on. It has an annual budget of almost € 350,000. The selection is made from films with the origin like Latin America, Central and South-East Asia, Central America and so on. For further details, you can email them at heinen@berlinale.den, bugno@berlinale.den or visit www.berlinale.de

This Indian film funding establishment provides funds for extraordinary feature films as well as creative documentaries, directed by the filmmakers from developing countries. The main thrust is on the artistic value and aesthetic appeal of the films. Generally, it allows individual grants of almost €10,000 for script and projection purpose and almost €15,000 to €20,000 for digital production purpose. It funds the production process and distribution procedure also. You can contact them at hbf@filmfestivalrotterdam.com.

Deadline to Apply For Film Distribution (in Europe) of Hubert Bals Fund: 1st November every year (See The Info Here)

IDFA’S Jan Vrijman Fund helps the Documentary filmmakers from developing the country. This works in order to turn the documentaries into a type of creative art, globally recognized. Generally, they grant almost €15,000 to the filmmaker. You can call them at +31206273329 or fax them at +31206385388, mail them at janvrijmanfund@idfa.nl.

Application Deadline: Its Selection rounds take place twice a year, with application deadlines on 15 January  and 15 May.

Sundance providing fund focuses on film which brings into foreground the contemporary issues like social justice, politics, and gender issues and so on. During the selection they judge thoroughly on the basis of script, technique, and screenplay and so on. They offer two kinds of funds, one is for development purpose which amounts  to $15,000 and the other is one for distribution or post production process which ranges from @20,000 to @50,000 and so on.  You can either visit them www.sundance. org or mail at sdf@sundance.org.
Sundance and Skoll Foundation:
Focusing on films which are in every sense revolutionary and new trend setting Sundance Institute in partnership with Skoll foundation funds almost 8 films per year. The fund, depending on the project rises from $30,000 to $150,000 almost. The priority is the documentaries, the unfinished ones with scopes of co-productions, distributions or post-production and so on. They can be emailed at dfpskoll@sundance.org or visited at www.sundance.org/skol

(Must Read: Step By Step Process Explanation To submit a Film To the Sundance Film Festival )

This Canadian foundation is another one for documentaries made by filmmakers from Africa, Asia, Latin America and so on. The main focus is on films which goes against the norm and voice the suppressed ones. The main motto is to spread the essence of tolerance towards the different notions. You can contact them for detailed information through mail at alter@mlink.net
Goteborg International Film Festival:
This international film festival provides funding of almost $15,000 for film development, post-production and technological issues. They focus mainly on films with gender issues and films by female directors. You can mail them at filmfund@filmfestival.org or visit them at www.filmfestival.org/filmfestival/page/se/filmfond/stadgar.
Fonds Sud Cinema:
This is an initiative by the French Ministry of Culture and Communication and the French Ministry of Foreign Affairs. This establishment provides short film funding, India, as well as other feature, animated films or documentaries. The main condition is to do the post-production in France, at least the major part of it. You can email them at Jacqueline.Ada@cnc.fr.
Visions Sud Est:
This Swiss establishment is known for funding film makers from Asia, Africa, America, Eastern Equrope and so on to make them globally recognized. It provides a post-production help of 50,000 Swiss francs, help of 20,000 francs for documentary production, 10,000 francs for finishing documentary production. You can visit them at www.visionssudeest.ch/?informations
Deadline To apply For sundance Film Production Grant: There is no Deadline;  The Festival accepting entries throughout the summer and fall.

This organization grants fund for the feature or short films, long and short documentaries, animated or music video and so on. They provide grants for 16 projects per year which ranges from $1000, $10,000 and so on. You can mail them at allroads@ngs.org or visit them at www3.nationalgeographic.com/allroads/

Note: The Program has stopped Funding for New Films temporarily

This American organization seeks brilliant filmmakers who can create documentaries for their U.S. audience in order to introduce them to the rest of the world and help them into participating in any activity from the outer world. For the further information, you can mail them at joyscott@itvs.org.
Website: http://itvs.org/funding

Read the Rules, Regulations and Details of Gucci Tribeca Documentary Fund on its official website

This unique establishment not only funds the motion picture from developing countries but also helps the filmmakers in screening those in Netherlands. Apart from this, the fund also helps in supporting several film festivals, distributions and also training the makers. You can contact them through their office in Bangalore or call them at +918022270367, mail them at hivos@hivos-india.org and visit their website www.hivos.nl

This Flanders Audiovisual Fund (VAF) Fund establishment helps Audio-Visual production. They promote them in Flanders and as well as in abroad. They also provide professional trending.

This Filmmaker Fund provides grants for very interesting features that offer a refreshed take on scientific, mathematical and technological themes.

The organization provides funding  in a bit different way. Unlike the other grants, this establishment provides help so that the film can be funded by the crowd at any point of time.

As the name suggests, this is considered to provide help for different lenses and amazing film cameras. The organization also helps in buying different types of digital cameras, for the film.

This is an advanced program for those who have some experience in screenwriting or filmmaking. You can participate in any one of these.

Grants focus on outstanding films made by Indian filmmakers.

Here is the listed information on top grants for Indian Filmmakers.

(Have Any Doubts Regarding This? Please ask us in the Comment section below)

Continue Reading
You may also like...
Related Topics:Grants for Filmmakers