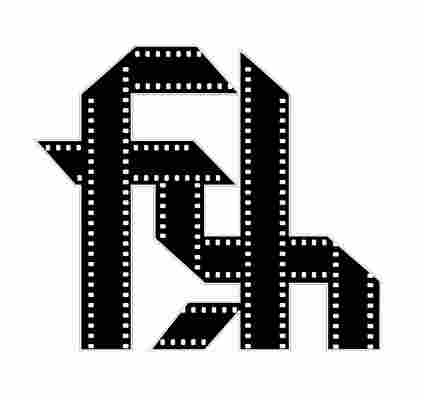 Film Division Of India (FDI) is a Film Production house that is owned by the Ministry of Information and Broadcasting, Government Of India. It is founded with an aim of producing Documentary Films, Publishing Of news magazines and preserving the cinematic record Of Indian History. FDI founded in 1948, and it headquartered In Mumbai: apart this one center, italso has 12 regional centers in other parts of India.

Apart Film production, it also serves in the areas of Film Distribution, organizing of international documentary and short film festivals. FDC has produced more than 5000 documentaries and short films, with the collaboration of Doordarshan. They were released and distributing the films through this same platform.

Apart Film production, it also serves in the areas of Film Distribution, organizing of international documentary and short film festivals. FDC has produced more than 5000 documentaries and short films, with the collaboration of Doordarshan. They were released and distributing the films through this same platform.

Before Looking to The grant Section, You must aware about some facts About Film Division Of India (FDI)

Film Division Of India is principally aimed to boost the documentary Film Movement In India, also the venture is ready to promote the Short films and Animation Films The notification about Film Grants is Usually Declared in the Month of January.

2. What is this Description About?

Film Production grant for Independent Filmmakers from Film Division Of India under the scheme of Production of Documentary films by Films Division through outside producers.

(a) Any person who is above 18, having a Hands-on filmmaking experience in Documentary, animation and feature film is eligible to apply. However, the members of the Ministry of Information & Broadcasting and Film Division Of India, are not entitled To apply for this Film Production Grant scheme.

(b)General Film Makers: Filmmakers who are directed many feature/Documentary films previously are called as General Filmmakers.

An application must be formatted in a way as it prescribes, also an unformatted application will be rejected without a Prior notification.

Things To Be Included In Application

a) Synopsis and category (Documentary, Short Film and animation Film) of the film – 100 words

c) Resume of the Director

d) Applicant can submit the film proposals in any major Indian language, such specially considering applications can submit to any of the FDI branch offices or the Regional Production Centers of Film Division.

(For an Instance: if you are writing Proposals in Malayalam, then you must send the completed filled application the regional FDI office at Trivandrum)

d) For the preliminary selection procedure, an applicant must submit a Non-Refundable processing fee of 1,500/- in the form ofPay Order/Demand Draft in the name of Film Division Head office, located at Mumbai.

e) The submitting film must have been completed within a year of time, where the dates are considered on the basis of contract between the filmmaker (applicant) and Film Division.

f) Only the films that are shooted in HD video format with 50 MBPS recoding bit rate and 4:2:2 colour depth are accepted

h) There is no particular subject barrier for the proposed offering films; however the selection committee wish to pick the films that dealing with the films based on innovative /experimental National/Social and Cultural importance subjects.

i) In initial signing of the contract, The payment should not exceeding beyond 50%

iii) The Rest Of the complete amount will only be paid after the delivery of the film and acceptance and approval of the final film materials as mentioned hereinabove.

b) For “New Categorized” filmmakers, if the proposal is approved, then for preparing the detailed treatment and production plan, the maximum grant amount will be INR 25, 000

c) A New filmmaker will only to allow work with the supervision of a Mentor and 2.5% will be paid as Professional fee to the mentor by Films Division

d) The General Categorized filmmakers will be paid on account advance either on submission of a Bank Guarantee of the equivalent amount: and also they must sign a Bond agreement in order to show the surety

The films that were produced under this section will give credits to Film Division as producer in the opening and closing Scenes. Also, such FDI produced films will be screened in Film festivals, Educational Institutions and film societies.

This Section is Called Film Funding: Know here about the Complete Rules and regulations of Asian Cinema Fund (ACF)
How To Submit Your Short Film To The Oscars? Step By Step Explanation