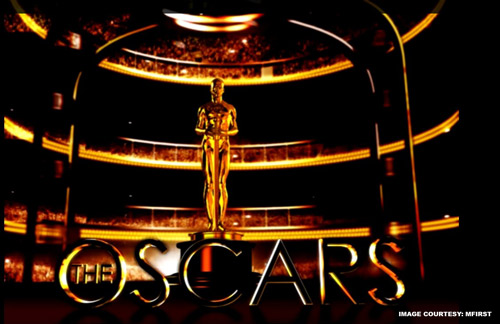 Since 1932, The ‘Academy of Motion Picture Arts and Sciences’ is conducting a short film competition section in every year for honoring the crew of the best short films. The academy principally offers short film awards in two different categories, i.e. Best Animated Short Film and Best Live Action Short Film.

Burt Gillett’s Animated Short Film Flowers and Trees was the first Academy award won Short Film, This film was produced by Walt Disney Productions, and it was produced in the year 1932. Thereafter, on its every year Numerous Short and animated films won Oscar awards in diverse of categories.

We believe that, only 10% of Filmmakers are aware about the Genuine Short Film submission Process to Oscar Film Festival. Here, that is the reason why we are decided to write up briefly about this topic. Meanwhile, you have any questions; please ask to us through the comment section below.

Any Genre of Film That has a Running Time of 40 Minutes or less is considered as Short Film.  Short Film Category in the Oscar competition section is divided into three- as Animated Short Film, Live Action Short Film and Documentary Short Subject.

Any Fictional Film that is filmed by using general Filmmaking techniques is categorized as Live Action Short Films. Documentary Short Subjects won’t be considered in the live action category.

Any Short nonfiction film that is dealing realistic subjects such as social, historical, economic, cultural, artistic subjects is categorized as Documentary short Subjects

1. The Academy decides the eligibility for the award consideration of Short Film, only if the film must fulfil one of the following qualifying criteria between the 1st date of last Year October to the 30st date of Current Year September.  It is also mandatory that the qualification must take place within the two years of film’s completion date.

a) The Short Film Must Have Been publicly exhibited (Paid Admission) in the cinema halls of Los Angeles Area for at least seven consecutive days with one screening at least in a day. Such publicly exhibited film must be shown either in 35mm or 70mm format,(or) in a 24 MM or 48 MM Frame Progressive Scan digital Cinema Format. The screen resolution of Projectors in the exhibited cinema halls will be of at least 2048 by 1080 pixels

The Output Video of Short Film Must Be in HD format, The Audio that integrated in that short film must be in a Typical Digital Cinema Package (DCP) is preferably 5.1 or 7.1 channels of discrete audio.  Also, the preferred minimum for a non-mono configuration of the audio shall be three channels i.e. Right, Centre and the Left.  The Academy also elucidated that, in Theatrical environment a left/Right Configuration is not acceptable.

The student categorized Films cannot qualify with a Theatrical Release,

b) In case the film haven’t yet displayed in a Cinema Hall or any public exhibitions, then the film must have won a qualifying award in any Competitive Film Festival that is officially affiliated to The Academy. Such a case, the Filmmaker or the Representative must submit a proof of received award along with the entry. Click here to find out the academy’s short film qualifying festival list.

c) The films that have won Medal award such as Gold, Silver or Bronze in the previous year of Academy’s Student Academy Award Competition in the categories of Narrative, Animation, Alternative or Foreign Film Category is also eligible for short film Submission.

The academy will select the excellent short film on the basis of factors such as Story, Visualization, Sound Designing, Editing and cost of production.  Based on such factors, each of the academy members will rank each of the films as 10, 9, 8, 7, or 6 with the guidelines of 10 (excellent), 8 (good), 7 (fair) or 6 (poor). The finalists’  names will be determined from such overall rankings.

Nill, but the shipping expense Must manage by the submitter itself

When: 1st week of March on Every Year

Thanks for Reading; please let us know your opinions about this article, add your opinion in the comment box that enabled below. We will certainly respond to the relevant queries.

This is How Film Division of India Helpful for Indie Filmmakers
How Much Money You Can Make From YouTube Videos?