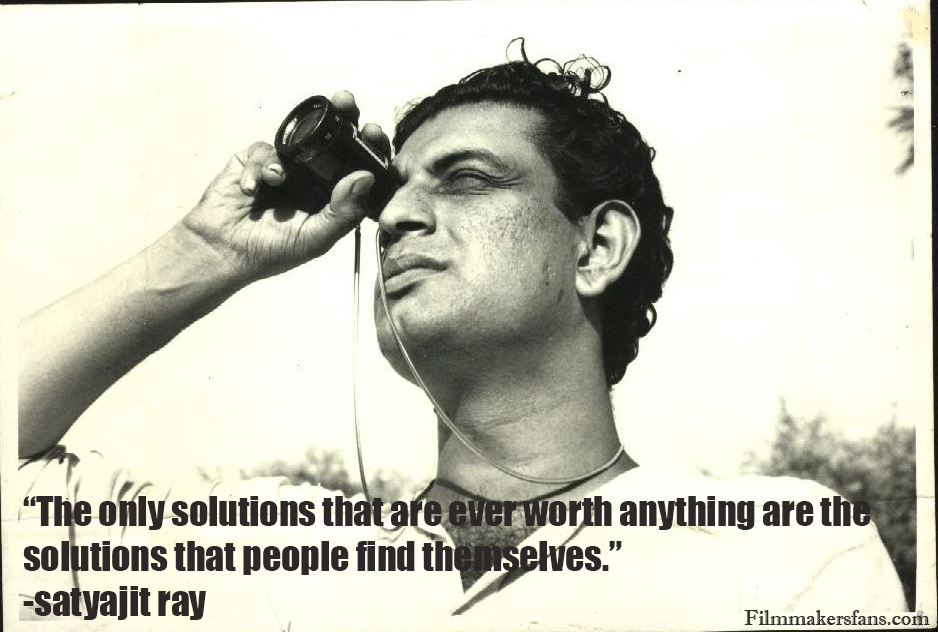 There was a time when there was no media influence as of now for promoting a Movie, the only source  for knowing a movie good or bad is through the from who watched the movie, even a  fact is that most of the people of those times are not fascinated in watching the movies. We are now talking you about the situation stays 47’s of India. Taking about that era of Indian Cinema, Indeed, we must cite the name of India-ever-sawn best filmmaker Mr: Satyajit Rai.

Mr. Rai was born in Bengal state of India, best known for his works like Pather Panchali (1955), Aparajito (1956) and Apur Sansar (1959). Through his films, the cinema of India, thus known to the rest of the world. The Film Pather Panchali was considered as one of the best film that he ever made, BFA listed Pather Panchali in their selection of ‘Top 100 Films of all time.

Recently, we came to notice an Interesting Article about Satyajith  Rai mentioned in a Indie-Filmmaking website filmschoolreject.com, written by Landon Palmer. The article is all about the filmmaking tips followed by filmmaker Ray according to the Author Palmer. The article well explained his filmmaking style, film analysis, policies of making films, story writing style, BGM selection and extract of selective interviews that he did in the past.

Ray was honoured in many film festivals including the Indian International Film Festival, Venice Film Festival, British Film Festival, etc. Before 24 Days of his death, the Academy Of motion Picture honoured him Life Time Achievement award, in considering his contribution to the Indian Cinema. The Oscar Committee hand over that award while the time he was hospitalized at Kolkata.