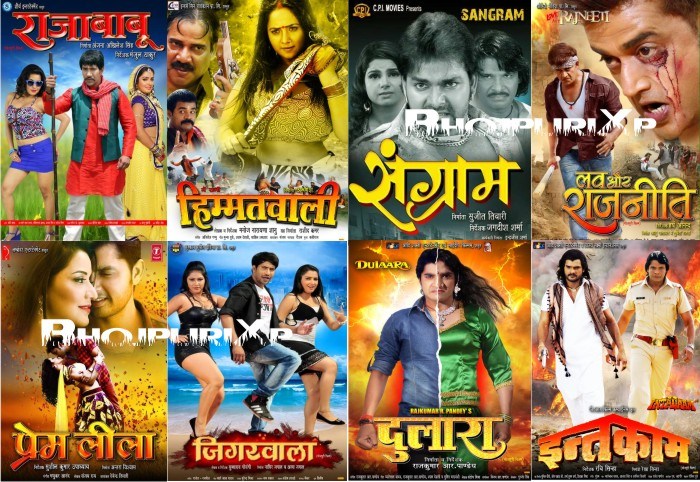 Bhojpuri is the prime language of Gangetic plane. Bhojpuri community falls under ancient Mithila, the Kingdom of Janak & it capital was Janakpurdham, the birthplace of Janaki (Sita), and at present falls under Dhanusha district of Nepal. Bihar has a rich Bhojpuri folklore and vibrant culture. In recent times, we see the downfall of Bhojpuri industry. The journey of Bhojpuri film industry is discussed in detail.

In 1950, Dr.Rajendra Prasad planted the seed of making Bhojpuri films in the head of Nazir Hussain. Hussain expressed his doubts on who would want to invest in regional cinema. 12 years after the meeting with the president, he finally made a Bhojpuri movie. On February 21, 1963, “Ganga Maiyya Tohe Piyari Chadhaibo” (Mother Ganges, I will offer you a yellow sari) was screened at the Sadaqat Ashram in Patna. The movie’s main plotline was a murder mystery where the groom was killed on his wedding night. The love story and the chemistry between the actors in the movie take place without any objectification of women. Starring Kumkum, Helen, Nasir Hussain, Ashim Kumar, Leela Mishra, TunTun  Directed by Kundan Kumar, and written by Shailendra. Lata Maneshwar and Mohammed Rafi lent their voices to add to the interesting plot. It was a grand beginning for Bhojpuri films.

The hype generated resulted in non-Bhojpuri audience also eagerly waiting for the movie. The splendid success of this movie was followed bythe release of memorable movies such as ‘Laagi Nahi Chhoote Ram’, ‘Videshiya’, ‘Ganga’, ‘Bhauji’, ‘Hamar Sansaar’ and, ‘Balam Pardesiya’. Veteran Nazir Hussain again produced another hit Balam Pardesiya.  In 1977, the first Bhojpuri movie in colour “Dangal” hit the screens and became a big hit. These movies were marked by piety and family values. Bhojpuri films have audiences in Bihar and eastern Uttar Pradesh, where the language is traditionally spoken, but also in other parts of India which have Bihari migrants and countries such as Mauritius and Fiji which have a significant population of people with Bihari ancestry. ‘Nadiya Ke Paar’ is a 1982 Hindi-Bhojpuri blockbuster directed by Govind Moonis which was remade in Hindi by Rajashri Productions as ‘Hum Apke Hai Kaun’in 1994.

The 2000s witnessed many Bhojpuri films earn striking revenues, prompting an escalation of interest in the industry.“Sasura Bada Paisawala” starring Manoj Tiwari hit the theatres in 2004 which was a massive hit owing the cheesy song lyrics and a couple of dance numbers. This success opened the floodgates resulting in loads of movies being made in Bhojpuri though only a few of them were fit for family viewing. Some of the Bollywood bigwigs could be seen migrating here because of the hit movies. Commercial films were in demand. Bhojpuri films turned into ‘skin-flicks’. Movie titles like “Pepsi Peeke Lagelu Sexy”, “Laila Maal Ba- Chalia Dhamaal Ba”, “Lehanga Mein Baadh Aail Ba”, “Jeans Wali Bhauji” and “Mehraru Chahi Milky White” present an overly sexualized portrayal of women. Vulgarity, sexual innuendos in scenes, and songs became pivotal for the success of a movie. Tawdry item songs appealed the lower-working-class. The quality of cinema stooped low. The ‘eye-grabbing’ scenes showing women as sexual objects have the negative impact on the youth.

The single screen theatres still have low-cost shows. The contrast between the phases is seen in the type of audience it attracts. Women were earlier portrayed well and those movies were also appreciated by women. Now the women distance themselves and also guard the kids from such Bhojpuri films. The films do not cater the educated urban class or families anymore. The past generation also condemns the state of the Bhojpuri film industry.

Though the industry is earning well, one should realise that there is no actual growth in cinema as an art form. Story-telling is the essence of the movies. Also some people suggest that the negligible growth in the Bhojpuri literature has affected the cinema. Bhojpuri poet Manoj Bhawuk has written a history of Bhojpuri cinema. Champaran Talkies, Neetu Chandra’s production house has produced incredible documentaries like “Bring Back Bihar” and “Boya Ped Babool Ka”, and mainstream movies, such as “Once Upon a Time in Bihar”.

Director Nitin Chandra’s movie ‘Deswa’ is the first Bhojpuri film to have been screened at 16 International film festivals and also the first Bhojpuri film to be selected for Indian Panaroma International Film Festival of India (IFFI), Goa in 54 years. The movie could not be released in theatres of Bihar as it was considered to be of a higher class because of which they had to opt for the digital channel ‘NeoBihar’. The movie highlights the unemployment and struggles of a jobholder in Bihar. Such movies which society can relate to are impactful. By encouraging content driven movies, progress of the people and change in their thought process can be ensured. Movies like ‘Deswa’ give a hope for the revival of the golden age of Bhojpuri Cinema.