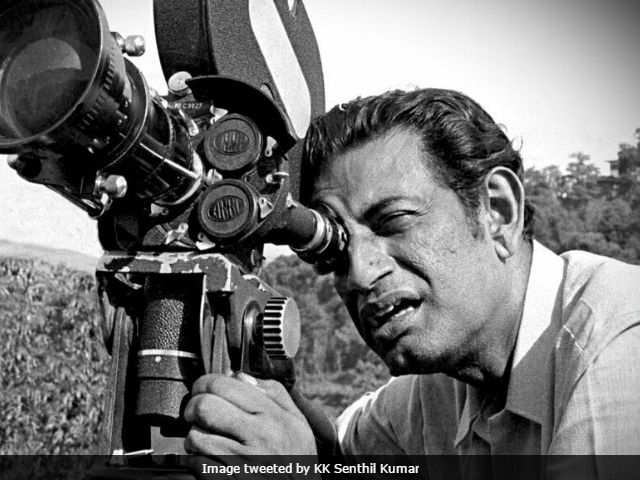 Satyajit Ray was a renowned Indian filmmaker or can say an iconic filmmaker in india. Coming from a distinguished family of artists, litterateurs and musicians, Satyajit Ray, from young age, showed signs of making it big in the world of entertainment. Having a passion for films, chess and western classical music, he excelled at art and soon took it up professionally. In his life, Ray directed more than 36 films, including feature films, documentaries and shorts, starting off with the widely acknowledged ‘Pather Panchali’. His craftsmanship, mastery of detail and storytelling technique is admired by the world over. Other than films, Ray worked as a fiction writer, publisher, illustrator, calligrapher, graphic designer and film critic. He designed numerous book jackets and magazine covers.

Satyajit ray born on May 2, 1921 in Calcutta, in an affluent Bengali family which boasted of a rich heritage in art and literature, Satyajit Ray was the only son of Sukumar and Suprabha Ray.

His debut movie, ‘Pather Panchali’ was a ground-breaking film in all aspects and received a cult status. A semi-autobiographical, the movie won eleven international prizes. The success and grand reception of the film led to a trilogy, with the release of ‘Aparjita’ and ‘Apur Sansar’.

His 1964 released film, ‘Charulata’ became the most accomplished film of his career. The film received wide critical recognition and audience appreciation. The film has been considered as a magnum opus of his career.

In 1949, he tied the nuptial knot with his long-time sweetheart Bijoya Das. The couple was blessed with a son Sandip, who too went on to take up a career in filmmaking.

In 1983, he first suffered from a heart attack which only worsened his medical and health condition. In 1992, he suffered from major heart complications from which he never completely recovered.

Ray was no less a hero to the Indian cinematic audience, therefore, his legacy is ubiquitous around the nation.

The London Film Festival adopted Satyajit Ray Award in his honor to recognize the budding talent in debutant directors who have beautifully adopted Ray’s work, art and vision.

Over his life, he was bestowed with 32 National Film Awards and numerous international honors such as Silver Bear, Golden Lion and Golden Bear.

In 1982, he was awarded the Golden Lion Honorary Award. Same year, he received the ‘Hommage a Satyajit Ray’ Award at the Cannes film Festival.

He is the second ever film personality after Chaplin to receive the honorary doctorate from Oxford University.

In 1985, he received the prestigious Dadasaheb Phalke Award and two years later received France’s most prestigious award, ‘Legion of Honor’.

The Government of India bestowed him with the highest civilian honor, ‘Bharat Ratna’ in 1992. Same year, he received an Honorary Oscar Lifetime Achievement Award by the Academy of Motion Picture Arts and Science just days before his death.

He was ranked as the 25th Greatest Director of all time by Entertainment Weekly.

In 1961, he was made a Member of the jury of the Berlin International Film Festival.

Not many know that this ace filmmaker was a fan of Tintin comics and even incorporated some of its shots in his books and movies.

He was the second Indian to have been felicitated with the Academy Award.

His incredible journey of life and his vision to see the other life make him an iconic writer, director.

Continue Reading
You may also like...
Related Topics:Satyajit Ray filmmaker

Effects of Feminism in Indian Cinema
These Behind The Scenes Secrets of Harry Potter will Blow your Mind!