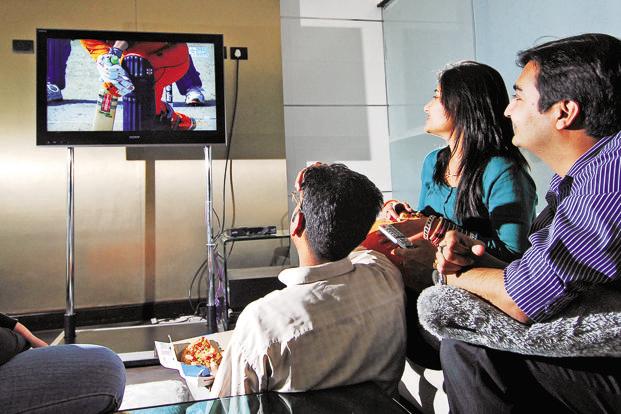 How does Cable Networks Makes Money? Do You Really wants To Know the Really wants to Know How dio the TV Networks Get Paid or How Do the Cable Networks Pay to TV Networks in India? Here is an Excellent article explaining you clearly about the revenue sources of Indian Cable Networks. Take a read through this article and in case you having any doubts or need further clarifications, ask us through the comment section shown below. Happier to Assist you.

How do cable networks make money

Cable Network is that incredible invention of the mankind that delivers favourite programmes to its subscribers by converting them into radio frequency and transmitting through coaxial wires onto your television. This kind of network started during those days when internet and DTH services did not even exist.

Cable networks were the only source of getting preferred TV shows on the television. During those days, especially at the initial stage cable networks used to broadcast their own shows in their own format. But with the increasing trends different channels with their original format started emerging with their own content and got collaborated with the cable networks. This revolution was not at national level but at a global level.

But now time is changing, people are getting more advanced, technology is cutting its own edge at every passing minute, and cable networks have got competitors and are somewhere lagging behind. But apart from all this, they are still existing and earning money, and that too a pretty good amount. If one sees, there are not many factors or sources for a cable network to earn; still a cable network makes an estimate of 90 Cr. – 120 Cr per annum.
Earlier the networks used to send their shows through signals to the households willing to watch them or to a place where it was not there earlier. For example, if one stays in a rural area, where signal is not there, they can coordinate to their local office and pay a monthly fee to arrange the signal.

These shows used to have advertisements, however then came “premium” channels like HBO, Showtime etc these channels were something different. They allowed their audience to watch the shows without advertisements. The networks used to charge fees from them as well. Thus the cable networks mainly generate their profits from two sources – advertisements that include promotion and publicity of apparels, ornaments etc and subscription fees collected by the networks to its consumers.

But this subscription comes in a “bundle”. A bundle is a sense that the subscription fees involve a set of channels the cable network broadcast on the TV of its customers. These ‘bundled’ channels are actually their source of income. For example if a consumer pays a monthly bill to a cable network that provides a certain number of channels on their TV, out of which lets say ESPN (an international sports channel that is not so famous in India is aired) it is watched by to 10 percent of cable TV audience however the subscription fees is paid by 50 percent of the cable TV audience.

Advertisements are always give profit in lump sum amounts in TV industry.  Depending upon the popularity, GRP and TRP of the channel and the show, the cable network also earns profit. Also they get revenues for the local ads that pop in the local programs of every city. Another stream to generate revenue is through license fee. The license fee is paid by the distributor to the network who offers the network to the consumers.

These additional revenue streams are available to the networks like selling rights of their original programming, selling content directly to consumers via DVDs or downloads, merchandising, etc. But the rapid rise of Netflix, Hotstar and now Amazon video are becoming cord cutters. Their advanced technology has impelling at large extent to the cable TV subscribers to “cut the cord” and use Internet to watch TV.But the cord cutters don’t leave cable TV companies empty-handed, instead in some ways this profitable to the Cable networks to some extent as there are some subscribers who are still paying their cable operator in order to avail Internet-access for cable TV shows.