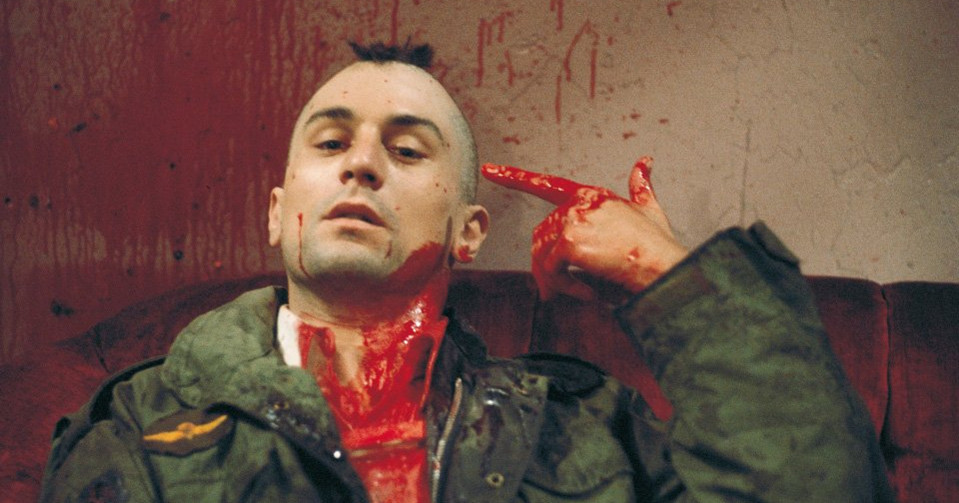 Filmmakers and artists, in general, have distinctive personalities and certain characteristics and tastes of these personalities, it may perhaps be their aesthetics, quirks, obsessions and other passions will surely come through on screen. One such element that many great filmmakers have shown on screen is their obsession with violence. We see the vermillion red of blood dominate the scenes on many of these films

Violence in real life is obviously something that is not and must not be tolerated. It is considered an uncivilized and evil act and is punishable. But in a work of fiction, these rules don’t apply and filmmakers have the liberty to play with such elements and this is perhaps the reason many artists glorify violence in their films. Violence exists in life; it is everywhere although most of us are happily hidden away from it. This may also be the reason why even the viewers find violence on the screen so attractive, they get to see and explore dark side of life. Three filmmakers who immediately come to mind while thinking about violence on screen are Martin Scorcese, Alfred Hitchcock and Quentin Tarantino.

Marin Scorcese is a versatile director who has made films in different genres like King of Comedy, Hugo, The Wolf of Wall Street, The Age of Innocence, but his most iconic films are the ones that have graphically displayed violence like Goodfellas, Taxi Driver, Raging Bull and The Departed. Although some of these scenes are disturbing there is an artistic approach in the way he shows it which is what makes these scenes impressive despite being dark. In a film like Goodfellas we see the characters being violent in different ways; some shoot, some stab, some punch, some slap and some whip and sometimes it all happen together. What is interesting how these actions are repeated; if it is a punch it is never just one punch, it goes on until the viewer is sure the person on the other end is either going to be seriously injured or that they are never coming back to life. We see no guilt in these characters and Scorcese shows a very animalistic side in human beings, especially men.

In Raging Bull, we see violence inside a boxing ring. There are slow-motion shots of the punches and in these close up shots we see in details of the damage caused to the boxers’ faces. It is these details that make the violence feel real. In the climax of Taxi Driver, after the main character enters the brothel, it is just bloodshed throughout. It is not simply people getting shot and dying, we see in detail how they are shot or stabbed, what exactly the damage will look like and how much blood will shoot out of the body with each attack.

In the films of Hitchcock, we don’t often see the details but the experience of watching something violent is still passed on effectively. This was one of the earliest scenes that portrayed violence graphically in cinema. In one of the most iconic scenes in the history of cinema, the famous shower scene from Psycho, through the umpteen amount of cuts and shots of the sharp knife coming down, the close up of the woman screaming, the blood spilling on the bath tub, the curtains being pulled down in the struggle. This is very artistic too. It is a black and white film, we don’t see the colour of blood and there isn’t a single of the knife actually entering the woman’s body but the viewers are still shocked by the violence in this scene.

In the film of Scorcese, there is usually never any background music; we hear things as it would be in real life.  But in this shower scene, he successfully managed to give violence and terror the sound of high pitched violins. Hitchcock was also innovative about the way characters died on screen and the weapon used for murder stands out in these films. In Rope, like the title suggests it is the Rope used for murder that takes the movie forward. In the scene of murder we don’t see the person dying or any such details but every time the rope is shown on screen we are reminded of the violent act of the murderers. In Dial M for Murder, violence is for survival; we the character use scissors, the best thing she finds to save herself from the killer.

In Quentin Tarantino’s film, blood showers like rain. Violence is displayed in various styles in his films. Sometimes it does not look real but they are beautifully choreographed and are visually attractive, almost like a painting. There are several scenes in Kill Bill that are of such a style. In the final fight scene in Kill Bill Vol.1 we see a slice of the head of a character, with her straight long hair flying in the air, in slow motion and landing on the pure white snow.  Violence becomes both beautiful and artistic here. In another scene we see the same character run across the table to decapitate a man’s head who has disagreed with her.

After we see the head separate from the body, we see a long shot with the man’s body, still where he was sitting but without the head, and blood shooting out of his neck like a fountain and in front of him is the killer in a crouching pose on the table with her sword held high. Violence is also treated with silliness in some of his films. Like in Pulp fiction, the characters accidentally kill the man who was in the backseat and they start to have an argument about how they will sort the mess, but there is no regret of taking another man’s life.

There have been many other directors who have used violence on screen apart from the three mentioned above. One scene that has been stuck in my mind is from Oldboy Park Chan Wook. This was the first time to see the marriage of brutal violence and comedy in a scene. In a frame showing the main character and a henchman he is about to kill, the former is holding up a hammer and the latter looks behind. It is almost like a frozen shot and on the screen red dotted lines appear to show where exactly the sharp end of the hammer is going to strike; on the forehead of the henchman. The poses of the two characters the sound used as the lines appear make this scene comedic. Directors in India often shy away from playing with violence creatively. Anurag Kashyap and Ram Gopal Verma are perhaps some of the few who has bravely displayed violence. Their films like Scorcese’s show the actions in repetition and depict them as it would be in real life. We see this clearly in films like Satya, Company, Black Friday and the two parts of Gangs of Wasseypur.

Continue Reading
You may also like...
Related Topics:film violence, filmmakersfans