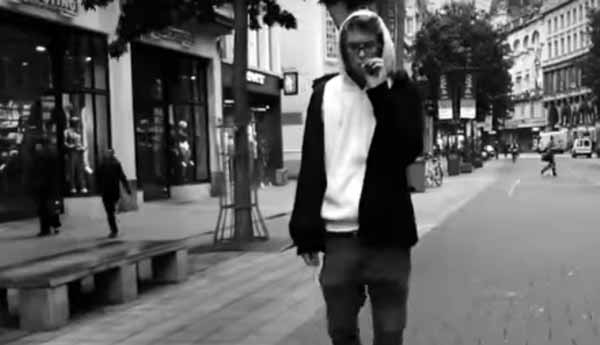 Do you ever wonder about the technique behind the reverse filmmaking? Reverse Filmmaking is one of the oldest filmmaking techniques used for showing that an action happening backwards. This technique is also known in four other different names like reverse motion, reverse motion photography, reverse voltage and reverse action.

James Cameron, in his film Titanic (1997) shot some of the underground water scenes shown in the climax section are filmed by using the Reverse Filmmaking technique. Usually, this is most common in Music albums and comparing it with a normal shot-music album, the production–post production cost is very less.

In camera effect means the visual effect that is created only with the camera (No CGI effects). The actor stepped backward and the camera also moves the same direction. Thus, you can achieve the reverse filmmaking effect.

If you choose to shot by hand-held, then use a professional- steadicam vest and arm steadycam handheld shock absorber equipment for achieving the non-shacky videos. In case, your filming location is a road (or) Straight path, then you can consider in filming with a camera dolly for the production of quality videos.

Almost all the reverse shot videos are created in single shot. Therefore, it is necessary to train your artists before arriving to the production set.

If you choose to shot by hand-held, then use a professional- steadicam vest and arm steadycam handheld shock absorber equipment for achieving the non-shaky videos. In case, your filming location is a road (or) Straight path, then you can consider in filming with a camera dolly for the production of quality videos.

Almost all the cameras have the ‘running the scenes to background’ option. So, this is another possible method for getting the reverse filming effect.

Shot the video in a usual way, then play it reverse (exactly, it works same as like the rewind button in your video player). Good pre-planning is required in this method- At first calculate the time duration that would require to shoot the film, then arrange the position of actors (both-leading and extra actors) and other frame movements, now shot accordingly on the basis of the shooting script.

Optical Printer is a device that associated with the motion picture camera for making the special effects. You can achieve the reverse camera effects in the optical printer by printing the film backwards. Optical printer is not popular on now days, it was used in the older (celluloid) films.

Actually, which camera is used for movie making?
A Complete Guide about the Different types of Camera Lens favourite by Industry Professionals