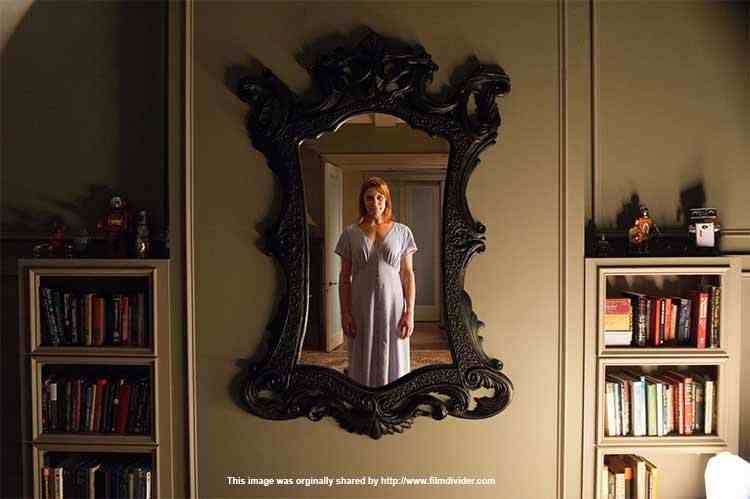 How to shoot a film scene In front of a mirror? Mirrors are capable of producing the reflections, so if you shoot without a proper pre-planning, your scene became worse. As you might have noticed this side effect in many movies that either the crew members or the camera itself reflects on the scene along with the characters. Often, these minor mistakes cause for thinking your viewers that the film is not good.

We are here forwarding some practicable filmmaking tips concerned to this topic and we hope that this article would be helpful to you. If you have a minute of time, add your comment after reading this article.

Based on the skills and experience, filmmakers use different methods to achieve this effect. Here we are forwarding three practical options for creating the mirror effect in films.

Suppose your actor (who stands in front of your camera) is 5 feet long: so, considering his shoulder height, you have to adjust your camera height at least 4.7 M. On this situation, one more thing that we likely to remind you is- never fix the direction of the camera vertically to upwards. It is a wrong direction and it causes the misalignment of the scene. Keep it straight, if possible, avoid crane shot.

Well, now let’s talk how to achieve this effect. We know that the first thing that you seek here is- where should you hide your camera? The exact answer is here. Let’s show that to you, step by step.

Place your character in front of the mirror; switch on the set-light. Now start your camera and observe the visuals through the viewfinder.

Keep In Mind: For gaining the error free results, we suggest to place the camera in the right hand position of the character.

See the embedded video clipping below, which having a scene that created by using mirror film trick. No VFX, its original!

Instead of visualizing with a real mirror, some filmmakers use mirror images. We noticed a Quora user James M Shook’s, comment about this topic. He said that in the movie Peggy Sue Got married, there was a scene with the actress Kathleen Turnersitting standing infont of a dressing table mirror. It was not a steady shot, it was a 180 degree angle shot: even though, there was no camera shade appear on the frame. James said that -on behind of this scene, the filmmaker Francis Ford Coppola didn’t use any mirrors instead of that he use two sets, one was the mirror image of the other. When it set together with a pane of glass between them, it looked like a single room reflected in a mirror. So there was no mirror, but there were two Kathleen Turners!

A video shown below created by Zero Budget Film School, tells you how to achieve this effect. (A well explained  mirror film making tip)

Under Scrutiny: Film-The Rules Of the Game (1939)
In a Conversation with Filmmaker – Neftali