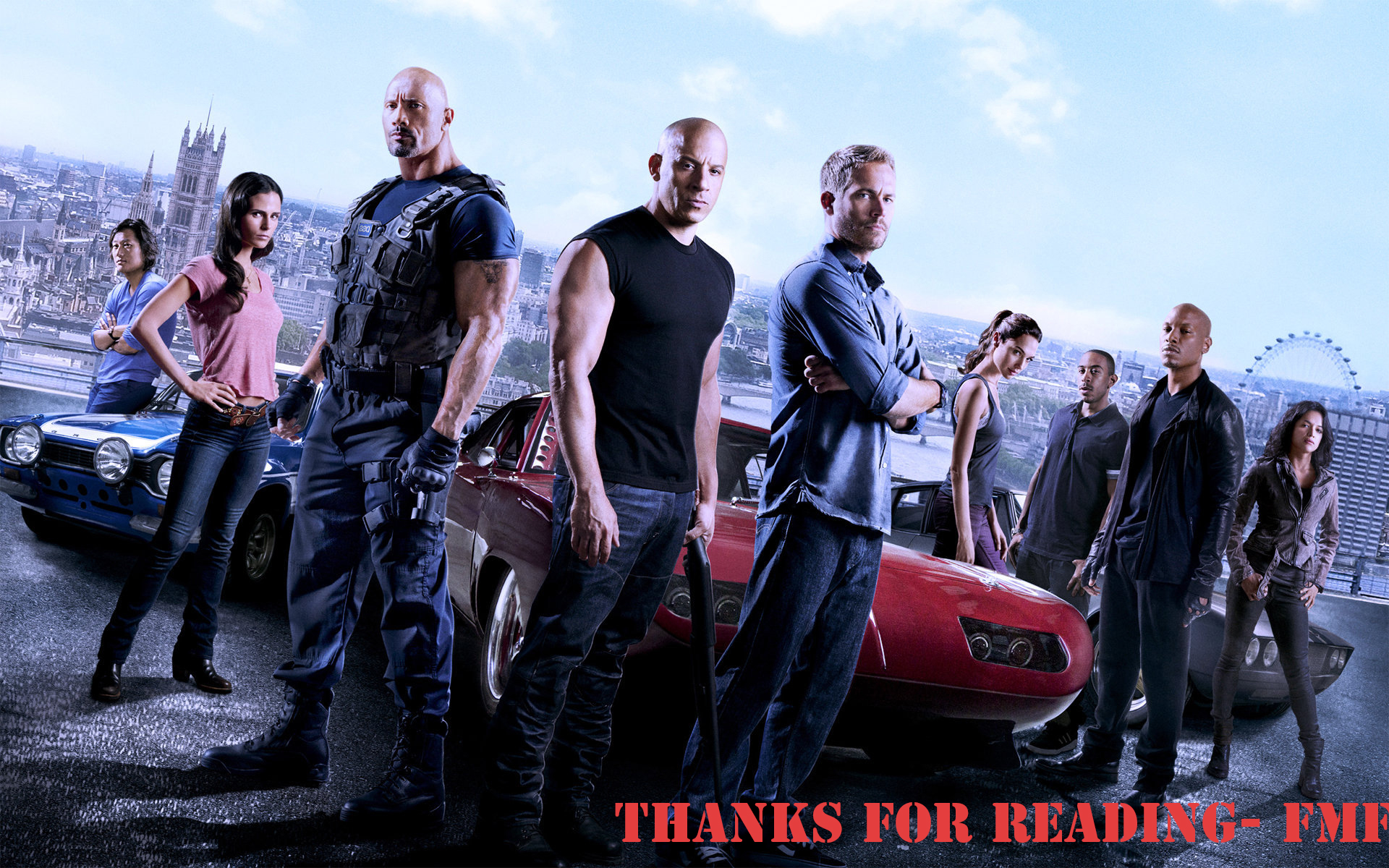 There is a wonder, there is a thrilling, there is an anxiety of what happens next and there is a remembrance of legendary actor Paul walker. This what you feel after watching the Fast and Furious sequel Movies 7th recent version “ Fast And Furious 7”.  The film was scripted by by Chris Morgan and directed by James Wan.

All most all stunt sequences of Furious-7 movie are manually created. Spiro Razatos (Unit Director and Production- In-head) said that 60% of the stunt scenes are originally on-shooted, there is less Usage of CGI (Computer-generated imagery) in furious 7’s stunt sequence.  For a critical air-height stunt scene, the crew filmed 12 cameras.

Wall street journal revealed that 230 cars were destroyed for the Furious 7’s filming in Colorado, Atlanta and Abu Dhabi. Vehicles including top-rated automobile models such as a Mercedes-Benzes, a Ford Crown Victoria and a Mitsubishi Montero

The biggest challenge of the crew is to re-create the Paul walker character. More than 50% of the filming was completed that when Paul’s accidental death happens on November 30, 2013. Basis on the Long discussion and analysis, James Wan hired four actors with bodies very similar to Walker’s physique, from Weta Digital make up studio owned by hired Peter Jackson. To a best extent, weta digital succeeds in creating Paul’s physique nature with the help of CGI composition technique and artist movements

Tag: Behind the scenes of Furious 7, Behind The scene Video

Continue Reading
You may also like...
Related Topics:fast and Furious 7