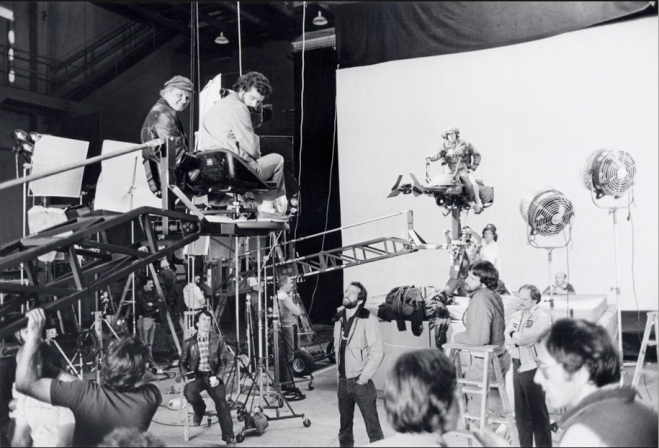 Pauline Kael, an influential American Film Critic said about Star Wars (1977), “There’s no breather in the picture, no lyricism, and that it had no ‘emotional grip’”. Brian De Palma called it “the worst film ever”. Even the director George Lucas was sure that the film would flop. But, it was far from being a flop. It’s still one of the most popular and highest grossing film of all time. Star Wars had a significant impact on American Pop Culture. The film has enjoyed more fanaticism than any film ever did.

The Original Star Wars Trilogy includes Star Wars (1977), The Empire Strikes Back (1980) and Return of the Jedi (1983). The film was conceived by George Lucas. He was inspired by Akira Kurosawa’s film The Hidden Fortress (1958) & Flash Gordon Serials (1936). He initially wanted to remake the Flash Gordon Serials, but couldn’t acquire the rights and then decided to write original story.  Lucas directed the first installment and then served as Writer and Executive Producer for the two sequels. Lucas was rejected by United Artists and Universal Pictures who said that concept was strange. 20th Century Fox finally agreed to finance and distribute the films.

For the iconic role of Obi-Wan Kenobi Japanese Actor Toshiro Mifune (regular in Kurosawa films) was considered. But, the role went to Alec Guinness who was recommended to Lucas by his friend Francis Ford Coppola. Peter Mayhew who plays Chewbacca was selected by Lucas the first time he saw him. Mayhew’s height was 7ft 3inches, which impressed Lucas. He was offered the roles of both Darth Vader and Chewbacca. Mayhew chose Chewbacca as he didn’t want to play a negative character. Quite the opposite, Kenny Baker, who played R2 D2. was selected because he was the smallest person that came to the audition. Baker was initially hesitant to do the role as his face will never be seen in the film.

The Yoda Puppet was designed by Stuart Freeborn who used his own face as a model and added wrinkles of Albert Einstein to give the character an appearance of exceptional intelligence. Frank Oz did the Voice of Yoda.

This video explains how the effects were achieved.

Star Wars was also significant in its use of Sound Effects. The films are a showcase of the brilliance of Ben Burtt, the Sound Effects Editor and Sound Designer. The Sounds of the Lightsabers were actually created by combining the sounds of an old movie projector and the sound of interference caused when a shieldless microphone is brought near a Television. There are other highly interesting stories of how the sounds were created. Ben Burtt made a Academy nominated documentary called “Special Effects: Anything Can Happen (1996)” which reveals how these special sound effects were achieved

Tag: Behind The Scenes, Film Trilogy

Continue Reading
You may also like...
Related Topics:Behind the Scenes of Star Wars Original Trilogy