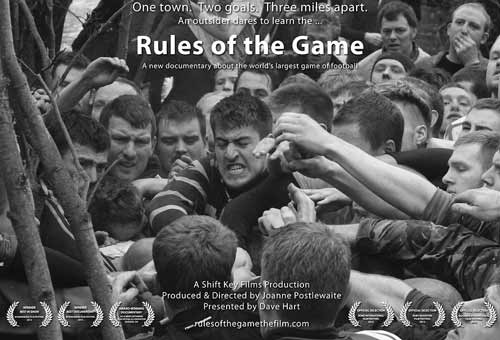 All the characters in The Rules Of the Game (French Translation: La Regle Du Jeu) are in love in the weirdest fashion, almost whimsical. The film depicts the Moral Attitude of the French upper class bourgeois in a time just before the beginning of World War 2.

It opens with aviator Andre Jurieux (Roland Toutain) coming back after performing a tremendous feat: crossing the Atlantic in 23 hours. When asked by a reporter, how he feels, he replied he feels terrible. He did all this for a woman and she wasn’t even there to welcome him. The woman is Christine (Nora Gregor) who is married to Robert de la Chesnaye (Marcel Dalio). Robert knows about this affair but is open about it with his wife and they talked about it playfully. Probably because he himself was not loyal to his wife, having an affair with Genevieve (Mila Parely). He tells Genevieve that he loves his wife and cannot carry on this relationship anymore. She understands and he invites her for a weekend retreat at his country estate La Colinere in Sologne.  Octave (Jean Renoir) is a common friend of Christine & Juriex who, on request of Jurieux, asked Christine and Robert to invite Andre to La Coliniere.

All the guests arrives in La Colinere for a weekend of fun & fiesta. During the course of time, tensions between the characters developed.  A poacher Marceau (Julian Carette), was captured at the estate by gamekeeper Schumacher (Gaston Modot). Robert offers him a job as a domestic which he gladly accepts. He starts flirting with Schumacher’s wife and Christine’s  maid Lisette (Paulette Dubost). Lisette participates. When Schumacher catches them, he was furious and chases Marceau all over the house and later starts shooting bullets at him.

The film is a satire about the French Society. It depicts how all these people are morally & emotionally weak when it comes to Love. They appear at each other’s bedroom and pretends they are all noble men in an ordered society. The Subplot which tells the story of Lisette, Schumacher & Mareceau was very interesting. It shows how at moral level, the line between the social classes fades away.

The famous rabbit hunting sequence shows how these aristocrats were also socially accepted psychopaths who kill rabbits and birds for no reasons but for fun. They even brag about the number of animals they killed. To shoot this sequence hundreds of rabbits were killed. Renoir didn’t shoot this sequence himself because he didn’t like hunting and found it inhuman.

The film never shows Sexual Activity between the characters. Sometimes, it just subtly points in that direction. It gives the film a different feel than a cheap sex comedy. Its more emotional than physical. The characters were not morally upright, but as we think about it, they had their own reasons. It was not only because of Physical Desire.

If Love was the Game, then only 2 people played by the rules, Schumacher & Jurieux. Robert tries to play by the rules but fails. All others were dishonest or were carried by their carnal desires. When Christine accepts Jurieux’s love, it was not because she really loved him, but maybe out of sympathy for him and disappointment for her husband. Later, she says she loves her longtime friend Octave. But, when she comes back to the house from the greenhouse, she didn’t look for Octave who was gone. It shows she is an emotionally weak person who loves out of sympathy for others.

The Film ends with Jurieux being mistakenly killed by Schumacher and Octave leaving the house when he learns his friend was killed.

The film is an elaborate description of French Society at that time. This candour representation of the society caused Renoir a lot of troubles. The audience gave a poor response. The film was even banned in France for sometime.

Cinematography of the film is striking. Deep Focus technique is used to focus on the background so that the characters can move freely between background and foreground. Another technique used is constantly moving the camera for long shots. Most of the film is shot with constantly moving cameras which gives the viewer a sense of continuity. The most remarkable sequence that uses both these technique is the party sequence where the camera just moves with the character’s movement and transfers its focus to another character in the same shot. This gives the sense of the chaotic environment. To depict the chaos the Sound in this sequence was a mix of ambient noise, incidental music and dialogues spoken by multiple characters at the same time. This type of sound design was difficult to produce at that time.

Renoir’s La Regle Du Jeu is considered a classic not only because the techniques of filmmaking it used but also for its portrayal of the French Society.

Behind the Scenes: Gangs of Wasseypur
Mirror Filmmaking: Learning Section- the Tips and Techniques are Explained Here