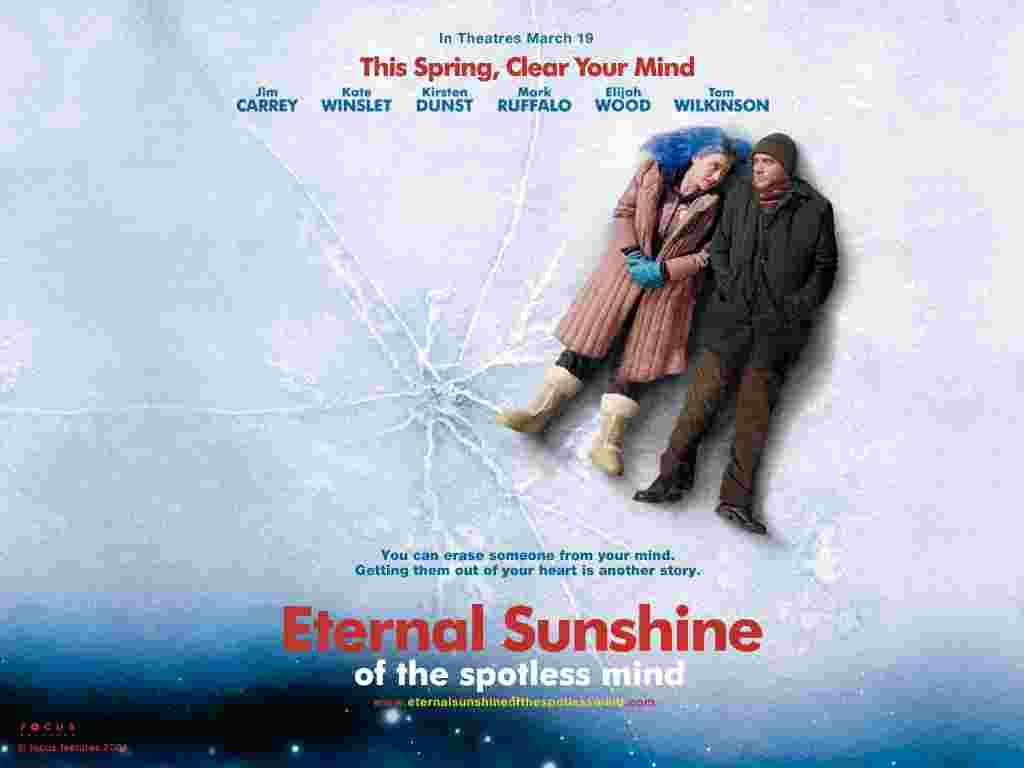 When we think of it, Memories are amazing. They are unpredictable. We remember something that we’ll never need, and then forget something that means a lot to us. It’s amazing how our brain stores some memories for a lifetime. It’s also strange how we process memories as time goes by. When they are fresh or recent they might be more painful or joyful (depending on the nature of the memory) and then over time we get used to it, and then as we reflect on that same memory we might not get that same feeling with that same intensity anymore.

Eternal Sunshine tells the Story of a couple, Joel & Clementine, who goes through a process of erasing the memories of each other. Joel is an introvert who meets Clementine while on holiday with two friends. Clementine is a free spirited girl who works in a book store. After marriage conflicts started arousing, up to the point where Clementine couldn’t take anymore. When Clementine had Joel deleted from her memories, Joel wanted to delete her too. And, in the process, Joel discovers how much he loves Clementine, and then decides to call the process off. But, it’s too late. Joel tries to hide Clem in places that are in his memories where she was not present but fails. After the process is over and Joel wakes up in the morning, while going out for his work, he decided to take a train to Montauk, for no apparent reason. He meets Clem there, both strangers again and they fell in love again.

The film follows a non linear storytelling approach. The film starts with Joel waking up and uses voice over narrative. And, then just after a black screen, we see Joel crying and the separation of Joel and Clem. It almost makes us believe that the story is following a linear structure. And, then the story just toggles between the present and the memories that are in Joel’s mind. It gives the film a sophisticated touch.

This is one of those films which combines multiple genres and is successful combining them. It’s funny, romantic and thrilling at the same time. It has something for everybody. It is an example of a great film which is both artistic and entertaining for all kinds of audiences, something that only few films can achieve.

The film is a must watch film for every aspiring filmmaker to analyse. The film not only has a great script but it’s also remarkable how the script was executed by director Michael Gondry.  Cinematography by Ellen Kuras was very crucial and gives the film a distinct look and represents all the panic, sadness and happiness of the characters in visual way. Casting popular actors like Jim Carrey, Kate Winslet, Kirsten Dunst, etc. gave the film a commercial edge and at the same time had some amazing performances. The film

The film can be a lesson for all filmmakers.

Continue Reading
You may also like...
Related Topics:Eternal Sunshine of the Spotless Mind, Film appreciation