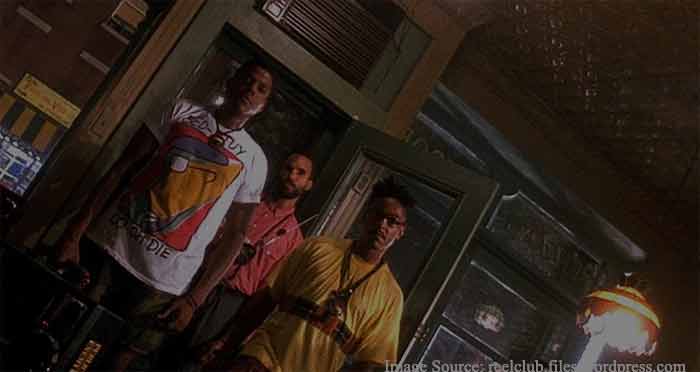 Simply, if a camera angle deliberately inclined to one side, such a shot is called as Dutch Angle Shot. The Dutch angle shots can be static or moving. The moving type Dutch angle shot can be dolly, steady cam pan or track shot.

The Dutch angle shot, also known by the names like the German angle, Canted angle, Batman angle and Dutch tilt.

The Dutch angle shot is a not a special purpose shot and it can be applied in many intermediate situations such as character introduction, for showing the power of the character, for showing an uncertain situation, horror films,etc

The scope of Dutch angle was first identified by German Filmmakers, the German Movie ‘The Cabinet of Dr. Caligari ’(1920) was considered as the first film that used the Dutch angle Film Technique.  Thereafter, filmmakers across the globe adored this technique and they tried this multiple times in their movies.  The filmmakers like Quentin Tarantino, Michael Bay, Tim Burton, F.W. Murnau, Erich Pommer and Martin Scorsese were the few who extensively used this technique in their films.

Below shown video created by Jacob T. Swinney, which is a voyage through different film scenes that showing the Dutch angle shots.

Lean Live Filmmaking from Martin Scorsese
Tinsel your actors with Reflectors: Learn Here through the Tutorials