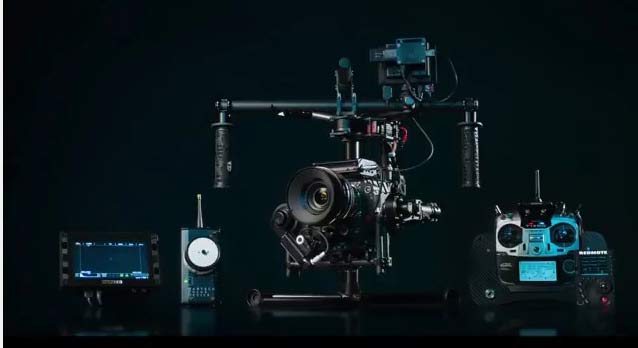 Framing: We have already explained once about the definition of Film Frame. Now, let’s talk about Framing, Framing is simply defined as the positioning of your camera, according to the scene that is decided to shoot. A frame can be either static or as a movable, such a decision can be evaluate from the type of the scene that you are going to shoot.

Now Let’s Look Into the image that we displayed below; It is a screenshot from Alfred Hitchcock’s Psycho. In the Fig (1) you can see a visual of a closed door, clearly on that scene there are no characters and the camera is exactly placed in front of the door for visualizing the entry scene of the character ‘Vera Miles’  This Set Up is called Frame adjustment or Framing .The second Figure (Fig 2) is ‘Vera Mile’s Entry-to-the-scene is here called as the scene composition.

Seven important Things that you’ll keep in Mind, while on the process of Framing and Composition

It is a very important part of Filmmaking: Some core elements of frame designing are including frame background (art Direction), camera position, proper lighting, and character position in the frame. Prepare a checklist of all these things before saying ‘action’.

3. Height of the Camera

The height of the camera is mainly adjusted on the basis of two factors: the primary one is the height of your characters and the secondary factor is the type of the shot that you are going to visualize.

There are several things that you must keep in mind before composing a shot. Here we are giving you a slighter explanation about Shot Composition.

If a frame that having too much blank  space, than required: then that blankspace is called as called as Deadspace.  Always arrange a frame on the basis of shot requirement.

Excess Headroom means, the unnecessary free space that is seen above the head of the character. Always frame the character in according to the purpose scene continuity. Now see the image that is shown below, over there you can see that the character is framed on the left hand side of that image. This is really not a right framing method, see the blank space in the picture that seen above her head and on the right hand side.

You  can make this same image’s framing as  correct, only if:-

Suppose you are filming a scene where two characters are talking each other and suddenly one character is leaving out from the frame. Here in such a situation, you must use a wide angle lens and your camera must be mounted on a doily.  ‘Frame Balance’ is dependable on “Action Continuity’ and ‘Scene Mood’.

On the basis of Experiments and survey, researchers invented various rules for practical frame composition. One such notable rule of framing is 180 degree rule. This rule is purposed for maintaining the action continuity between the two characters.   Read Here more about 180 Degree Rule Of filmmaking.

But it is a fact that, these framing rules are not at all practicable in on- location filming times. There, the practicabilities of framing rules are occurring on the basis of hands-on filmmaking experience. For those ones who are really deficient in this field, we are suggesting that you watch more films with composition in mind.

Now watch this Short Video created by Tom Antos , which is Explaining  about Framing and Composition Techniques  In Films

Exactly, How Many Cameras really need to make a Movie?
Here is Everything About Motion Capture Filmmaking Technique