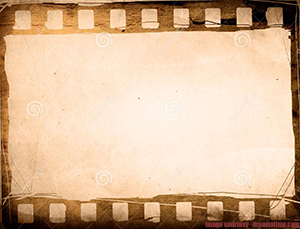 As mentioned earlier, frames are defined as the micro units In Films. On other hand perception, frames are also defined as still images and when these frames compose in a chronological order it becomes a motion picture.

But, a major question is still remaining; how it works? When frames are flashed one by one in screen; how the viewers remember the past frames and how that frames are get connected in audience mind? Theoretically, this works because of the principle called “Persistence of vision”. This Technique “persistence of Vision” helps to inter-connect the frames also it creates an illusion of moving image.

Paul Nipkow- Inventor Of This law

These Are The Four Basic Steps Of Practical Filmmaking
Filmmaking; 5 basic Types Of Camera Angles: Illustration With Images