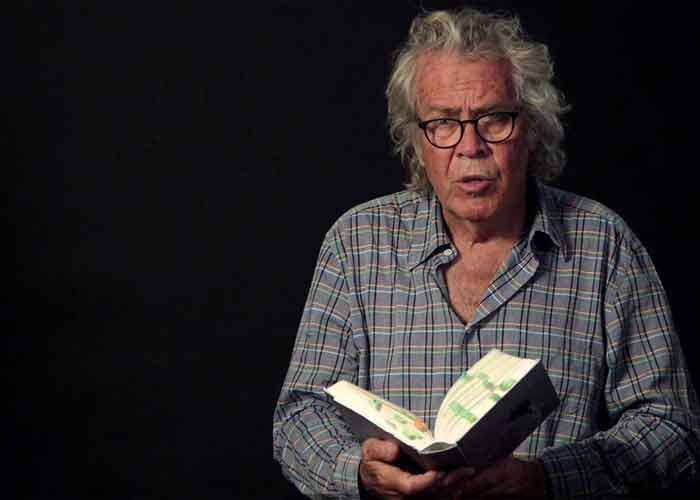 Day To day, there are lots of formidable changes are happening in Filmmaking, especially in the field of technology. If you are up-to-date with filmmaking, you might not feel surreal about the terms like 4k resolution camera, Point Shoot, Script writing software, 3600 camera, motion capture technology & many more. But there was a time in filmmaking when there were fewer presences of technologies, the filmmakers of those days creating experiments only by using the narrative story telling method.

“Jørgen Leth” is one of the dominant experimental filmmakers of that time, made award winning short as well as documentary films such as “The Perfect Human”, “The Five Obstructions,” and “Lars von Trier.” He was also acclaimed as a motivational speaker, poet, Journalist, sports commentator, and a visiting professor in the world’s best film institutes like Danish Film Institute, Harvard, UCLA, and Berkeley. Here is recent video essay of Jørgen Leth namely “I Write What I see,” made by Louisiana Channel, saying about his principles of writing a fiction. Watch It Now! The video essay was made in Danish Language, if that language is not familiar you, then this video won’t be nice to you. Instead, you can read the video excerpt shown below.

“I can well see that I have a talent to be upgraded. There is no reason to call it a hustler talent”-    Jørgen Leth

Video Excerpt| Jørgen Leth: I Write What I see

When writing New Poems- I sit down and see what I see and live what I Live. Be it banalities or whatever, It all goes into my poetry and what I want to evoke. It’s like Alchemy. In my new collection of poem, I say: “I want To Turn nothing into something.” I want to work with little things and see what happens to them while I see them. Ones eye changes things. Ones eye makes things alive.

It is almost I don’t want to use a religious term. But what happens is almost Buddhist immersion in the moment. What happens to the things if I look intensively enough at them? Often In my poems I begin by describing things on my table. That would be boring if it didn’t have the energy that makes it shine. It’s the intensity or gravity of one’s eye or the humor. If you will, then there must be a will to change it in the moment one describe it. That is what it makes alive.

Read the PDF version of his work here

Continue Reading
You may also like...
Related Topics:Jørgen Leth

Sure, this is the Best Filmmaking inspirational Explanation that You Ever sawed
This Video is a comprehensive guide to learn about Filmmaking