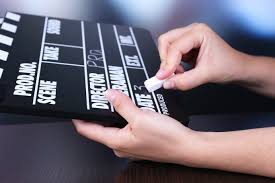 Know The Deadlines of 15 massive fellowship for filmmakers

It helps in producing movies of different genres- animation, documentary, fiction and experimental. Films of all lengths are eligible. The Fund was set up in 2002 by the Flanders government and is headquartered in Brussels. There are three objectives of the Flanders Audiovisual Fund: to develop a sustainable audiovisual industry, to encourage and support upcoming audiovisual talent and to promote a vibrant audiovisual culture in Flanders. For more details, log on to – http://www.vaf.be/flanders-audiovisual-fund

This grant supports feature narrative films that explore human and civil rights, discrimination, sexual and gender identity and other social issues through their plot, story or idea.The grants, which first began in 2009, are awarded in the spring and fall every year.  The SFFS/KRF Filmmaking Grant provides encouragement and support to meaningful projects that help uplift the Bay Area filmmaking community in a great way. Apart from the cash grants, the winners will get a chance to attend free programs. For more details about this program for Filmmakers, check out – https://www.insidephilanthropy.com/grants-for-films/san-francisco-film-society-grants-for-film.html

Sundance documentary film program offers great formal and informal support in making a film to the winners of the grant. They also become a part of the global community. The winners are also eligible for fellowship opportunities and creative labs at sundance. It supports non-fiction filmmakers all over the world in the production of cinematic documentaries on contemporary themes. Established in 2002 with founding support from Open Society Foundations, the program is a vibrant global resource for independent non-fiction storytelling. Recent projects include The Square, The Queen of Versailles, Rich Hill, The Invisible War and The Genius of Marian. For more details- http://www.sundance.org/programs/documentary-film

You may also like to read :17 best fellowships for creative writers

The Hubert Bals Fund, given away by International Film Festival Rotterdam, is designed to help striking feature films by ingenious and talented filmmakers from Africa, Asia, Latin America, the Middle East and parts of Eastern Europe on their journey to the finish. The HBF has diverse grants designated for the various levels of production. The International Film Festival Rotterdam also screens many films that are produced by HBF.

The Roy W. Dean Grant funds features movies that are different and make an impact in the society. The grant generally encourages stories about subjects that are emotional and can connect to with the masses. The main criterion for receiving a grant is bringing alive a story that enriches people’s lives and has the potential to bring about a change.

The Gucci Tribeca Documentary Fund will also look for applicants whose stories: explore the biggest issues impacting women and under-resourced youth; highlight the extraordinary ways they are overcoming these challenges; celebrate the acts of courage, compassion and strength that are driving change; showcase using innovation for good; and honor and salute women leaders who are making a difference.

Doha Film Institute’s film funding initiatives offer creative and financial support to filmmakers based in Qatar and around the world, helping them to unlock their artistry, manage their productions effectively and make high-quality films.

The Institute supports emerging voices from Qatar and around the world, and provides them with creative and financial assistance so they can translate their stories into viable film projects.

The New Filmmaker Program is an ongoing grant program that loans camera packages to film schools, training programs, and independent filmmakers – at little or no charge. Panavision’s commitment to film industry’s future provides student and beginning filmmakers the opportunity to work with professional grade equipment early in their careers.

For Filmmakers:- This fund is for documentaries of a journalistic nature that bring important and unreported issues to the screen. The fund may go to research and development, production, editorial support, hostile environment training, and legal advice. International filmmakers are eligible and applications are accepted on a rolling basis.

This fund, worth $20,000, gives development funding to documentary filmmakers who have a great story to tell, have visualized their story and are ready to shoot and edit a piece for production fundraising purposes.

Ford’s JustFilms Initiative provides an astronomical value to the recipients. With it comes an enormous amount of competition. Winning this grant becomes easier when the movie has a social angle. Ford JustFilms grants range from $50,000 to $1 million.

The film fund began in 2016. In its first year, grants totaling $150,000 will be awarded to between six and ten filmmakers. The fund operates an open call submission process, and awards are announced bi-annually.
Each grant is one-time only and offered in amounts in between $5,000 to $25,000. Due to the large number of submissions, their selection process is highly competitive.

Fledgling has an open rolling application process for grants to support outreach and engagement for social issue documentary film projects that have the potential to inspire positive social change around issues that affect the most vulnerable. The fund is between $10,000 and $25,000. So, the competition is tough.

Watch: How to Get funding For Your Documentaries

Rooftop Films is a New York based non-profit whose mission is to engage diverse communities by showing independent movies in outdoor locations, producing new films, coordinating youth media education, and renting equipment at low cost to artists. There are seven subcategories in the form of grants. There are five prizes to be won in feature film.

Continue Reading
You may also like...
Related Topics:fellowship for filmmakers