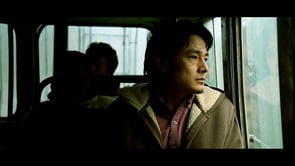 The definition of “Independent Filmmaker” is changing. Earlier, Indie filmmakers meant filmmakers who work outside the major studios. But, later many directors who were working with major-studios claimed they were still able to enjoy the Independence as the studios were not interfering with their work. Nonetheless, in India there is a great divide between big-budget studio films and low-budget Independently produced films. Most of these films don’t get proper exposure and don’t even get released in theatres. Even if some of them are released, they are not met with great response from the audience in spite of being critically acclaimed great films. Some of these films brings fresh new ideas in an otherwise formulaic Indian Cinema Industry.

Many Indie filmmakers are now releasing their film on Internet where viewers can buy or rent them at a minimal price. But, still the Indie industry is not getting its well-deserved attention from the mass.

Here is a list of 7 Indian Indie Films that film buffs must know about. Some of them you can watch on the internet. For others, look out for a film festival screening in your city. The list doesn’t rate the films, so there is no particular order in the listing.

It is the debut feature film of Sange Dorjee Thongdok. He belongs to Sherdukpen tribe of Arunachal. Crossing bridges is based on the culture of his own tribe. He is an Alumni of SRFTI, Kolkata.

Tasher Desh is a psychedelic trance-like adaptation of Rabindranath Tagore’s popular play of the same name. As is Q’s signature style, he breaks away from conventional way of story-telling which results in a highly-stylized complex work of art. The dream-like imagery, complex narrative structure and innovative use of electronica music and Sound design makes the film a one-of-its-kind experience for the viewers. The film premiered in Rome International Film Festival in 2012 and released in India later in 2013.

3. A Little Poland in India

It is a Historic Documentary on Polish children who were given shelter by Indian King Ranjitsinhji Jadeja of Nawanagar during World War 2. Its Visually stunning and the content was also very interesting. There was unique usage of Sand Art carefully weaved within the narrative of the film. The film was the first film co-produced by Indian and Polish Governments. It was not released in theatres but can be seen in Film Festivals across the country.[/vc_column_text][vc_column_text]

Amitabh Chakraborty is an editor turned independent filmmaker. He is an alumni of FTII, Pune and a 3 time national award winner for his films Bishar Blues & Kaal Abhirati.

Cosmic Sex (2015)  explores the connection between spirituality & sex. A marvelous gem of contemporary Indian Cinema. Its brave in its way of storytelling and experiments with techniques of film-making. The narrative & the concepts of “Dehotottyo” is hard to grasp on first viewing, it needs repeated viewing for proper appreciation.The film has frontal nudity. Due to its explicit scene, the film was not released in theatres. It was released direct-to-digital. Its available on iTunes & Google Play store.

Cosmic Sex (2015)  explores the connection between spirituality & sex. A marvelous gem of contemporary Indian Cinema. Its brave in its way of storytelling and experiments with techniques of film-making. The narrative & the concepts of “Dehotottyo” is hard to grasp on first viewing, it needs repeated viewing for proper appreciation.The film has frontal nudity. Due to its explicit scene, the film was not released in theatres. It was released direct-to-digital. Its available on iTunes & Google Play store.[/vc_column_text][/vc_column][/vc_row][vc_row][vc_column width=”1/1″][vc_column_text]

It’s a slacker comedy film about two friends who are struggling to become script writers in Bollywood and dreams of shaking the industry with their unique script. Lots of comic sequence follows. The film is very entertaining and has a fresh approach to comedy. The film was released in India in 2014. It was praised by many including Farhan Akhtar and Roger Avary, co-writer of Pulp Fiction.

The film depicts the trial of a Marathi Folk Singer and examines the Indian Judicial System through the trial. It also poses questions about freedom of speech in India. It’s the debut feature film of Tamhane. The film was widely praised internationally, winning numerous awards from Venice, Vienna, Mexico, Hong Kong, etc. Recently it won the National Award for Best Feature film. The film will release in India on 17th April, 2015.

The film (Margarita With A Straw )Is about the dreams and aspirations of a young girl with Cerebral Palsy played by Kalki Koechlin. The film was praised internationally, winning many awards from Toronto, France & Estonia.

Continue Reading
You may also like...
Related Topics:Top 7 Indie Films

These are the top 5 Videos that made By Indian Filmmakers about women Empowerment
Just Released: Watch Here the Trailer of Most Awaited Film “Masaan”