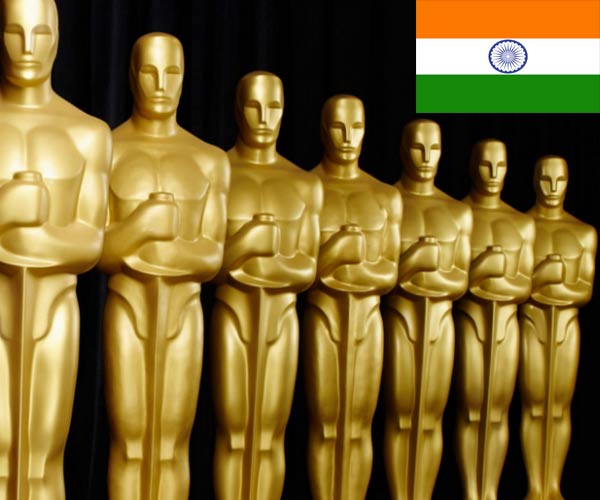 Top List of Indian Movies Nominated for Oscars till now. Oscars are the most popular award for Cinema on earth. An Oscar Award is prestigious for anyone working in Films. Indian Cinema including Bollywood has been trying for years to get hold of an Oscar. Film Federation of India selects one film for official submission to the Academy for nomination in the Best Foreign Film Category. In 1957, the first film, Mother India (1957), was submitted. Only three of the films that are submitted till date got nomination and none of them won.

Mother India is one of the most popular films of all time. It represents the archetype Indian mother figure who has high moral values and who has to survive against all societal odds with her self-sacrifice. The film was the most expensive Hindi Film at that time. The Soundtrack of the film is also very popular. It was the first Indian Film to use Western Classical Music and orchestral arrangements.

It was India’s first official submission to Oscar and it was also India’s first nomination. The submitted film was shorter than the film released and also omitted the Mehboob Production Logo, which has the communist hammer and sickle in it. The film lost to the Italian film Nights of Cabiria (1957) by Federico Fellini, by just one vote.

About the Movie: Salaam Bombay is about a street kid Krishna aka Chaipau and his story of survival in a red light area of Bombay. The film shows a side of Bombay that very few films can show.

The film has won many awards including Golden Camera at Cannes Film Festival and the National Film Award. It was nominated for the Oscar and has lost to the Denmark film Pelle the Conqueror (1988) by Bille August.

Related Read: How to submit an Indian film to the Oscars?

About the Movie: Lagaan is about a small village in the colonial era where the villagers fight the Englishmen who refused to reduce the taxes, by playing cricket with them. The film was a huge success both critically and commercially.

The film won the National Award and all the major awards in the country of the year. It was nominated at the Oscars but lost to the Bosnian film No Man’s Land by  Danis Tanović.

About the Movie: Little Terrorist is a short film about a 10-year old Pakistani boy who crossed the border to India by mistake. It was Ashvin Kumar’s second film. He later made the controversial documentaries Inshallah Football & Inshallah Kashmir.

Little Terrorist was nominated in the Best Live action short films category. It lost to Wasp by Andrea Arnold. The director Ashvin uploaded a video on his YouTube channel on the making of the film where he also gives tips on how to make low budget short films.

Why Indian Films does not win an Oscar?- The Big  question!

There are several reasons behind Indian films not winning an Oscar. It’s not that in India, where the highest number of films are made each year, does not make any quality films. But, most of these films are clouded by mediocre mainstream films. Experimental films are not given their due respect.

Also, the Film Federation of India is also often criticized to be biased, and hence we often do not send the absolute best for the Oscars. Many mainstream films are sent which does not stand anywhere in the competition with the World Films. They are also sometimes politically biased.

And, lastly, the reputation of the Academy Jury is also tainted. There are frequent allegations that to win, a film needs proper lobbying with the juries. Many great filmmakers criticized the Oscars for its biased nature. They are also criticized for their All  the American sensibilities and having poor knowledge of other cultures.