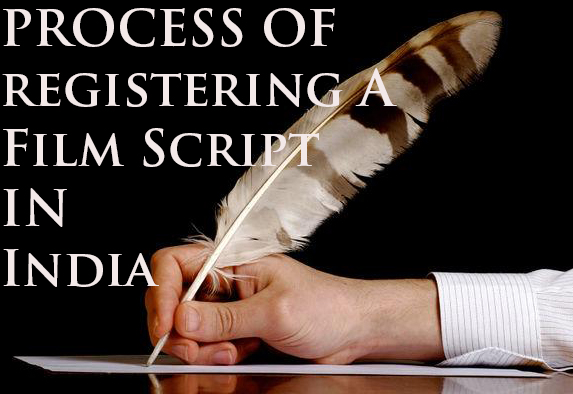 Writing a good film script is really a difficult task, it can’t be develop effectively within few days. Perhaps, it might takes some years to complete or it extends beyond that periodical limit. In short, a film script is the life-pulse of its creator- The script writer.  That is the reason why It is Important To register the Film script.

We all are social, while on writing the script you might sometimes excited or else you stuck in a point-less spot. Probably, you share it with your friend and that friend ‘Might be  working in film Industry, We can guess what will happen next! Your initial brilliant-script Idea was thefted by your dearest friend. This is the one chance to lose the authenticity of your script. Another a chance of losing this authenticity happens, when you submit the script in-front of film producers or filmmakers for the approval. If they like your story and don’t want to deal with you further, they will prefer to steal your story than buying for a huge price. If something like that happens, how you claim for the compensation? No way, but YES you can! Only if you register the film script in a legitimate Method So, that is fundamental reason, why it is important to make a patent for film scripts.

Copyright is a form of intellectual property protection granted under Indian law to the creators of original works of authorship such as literary works (including computer programs, tables and compilations including computer databases which may be expressed in words, codes, schemes or in any other form, including a machine readable medium), dramatic, musical and artistic works, cinematographic films and sound recordings.

How to register a movie Script in India?

(No Postal mode of script registration Considered, if you want to register your script, walk in to the Film Writers Association, Headquarters, located at Andheri (West) Mumbai). Address Shown Below)

2.  In case you really found that- without a prior permission your same story is used someone, you can then claim for the compensation. Normally a bollywood scriptwriter salary is ranging from INR 7, 000,00 to 25 000, 00. This salary range would constantly vary on the basis of Production Company and budget. Here, if you can prove the truth in front of the judiciary, certainly you can expect a good compensation that including the court expenses.

For your Film Script Registration, never seek a help from solicitors or such independent legal service organizations. Literally, there is no use to seeking a help from them, because they can only register the film script as a way that you follows. Then why to waste more money? Think wisely!

Continue Reading
You may also like...
Related Topics:How To Register A Films Script In India

This Section is Called Film Funding: Know here about the Complete Rules and regulations of Asian Cinema Fund (ACF)