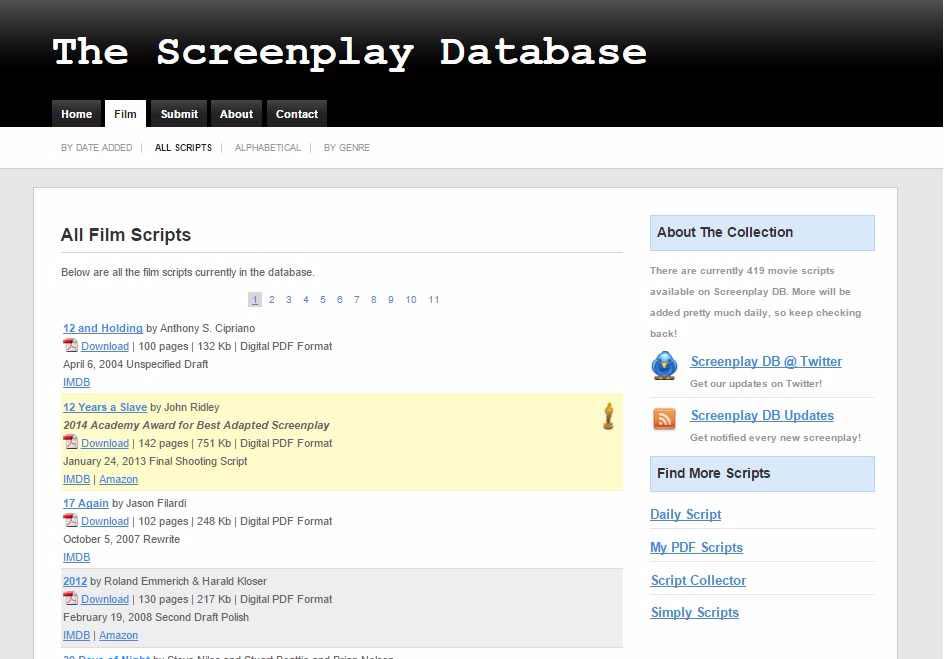 You might often wonder how the directors are formatted a Movie script, especially such doubt might be higher, If you are a person haven’t worked a film set yet before. A script must be look wise clutter- less and it should be easily understandable for every crew members. To maintain this easiness, you must follow some globally accepted parameters in scriptwriting, here it is.

However in scriptwriting software’s this writing format is auto enabled; over there you don’t need to format the script manually. Let’s pause that topic for a while

Below Here, we are detailing about Movie scriptwriting format that is followed by the Scriptwriters and Filmmakers.

This following information must be add on the forefront page, of your script

D) Below that tab, you can add the registration details and the copyright notification of the script. This must be placed 163” (413) above from the page break.

E) In the lower right hand side corner i.e. exactly 213 Cm (83.8”) from the bottom page break, you can add the contact information of the script writer

General: The page aligning format is same as previously explained.  But there are lots of glossaries coming on this section; before starting to write further, you must be familiar with those glossaries.

Now the script writer elaborates the action that took place on that particular location. A vivid explanation is quite important, if the director is itself not a scriptwriter in that movie.

Example Of a Scene Description: Vincent’s attention goes to the window, out which are streams of energy vehicles… looks to the airspace, filled with LAPD and news Helicopter.

Parenthetical is the present expression or feeling of the concerned characters. This text is aligned below the character name, and it positioned 3.2” to 5.2” from the left side of the page. However, based on the text size, the writer must align until it fix on the centre.

Here the phrase “Ignoring Him” is called Parenthetical Expression

Cut To – Means cut to the next scene,

How to review your own Script?
Six Screenplay Terms That Every Filmmaker/Script Writer Must Know