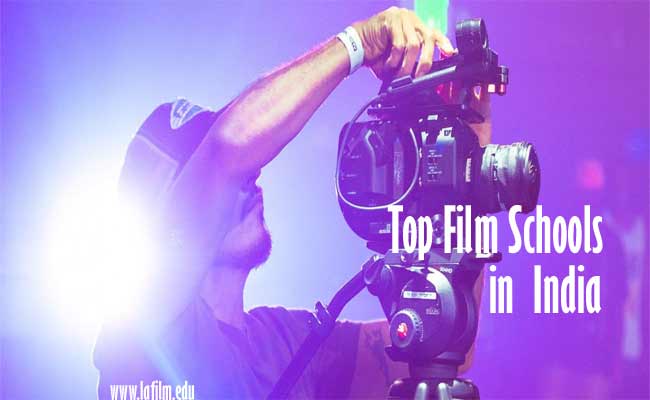 Is studying in a Film School worthy? No Doubt! Film school is the best place to learn the aesthetic and technical facts happening in the front and back of Filmmaking. You know that there are numerous film schools in India, but when it comes to a question- Which is the best film institute in India? Probably, you might say answer either FTII or SRFTI. But, you know that getting admissions in FTII and SRFTI is not easy as say. In such a situation, students who didn’t get admission in such premier film schools should have to think about the alternate best Film Schools in India. That is explained here.

The Film and Television Institute of India (FTII) is an autonomous institute working under the Ministry of Information and Broadcasting (MIB) Government of India and it is a member of CILECT, an organization of world’s leading Film Schools. FTII is situated in Pune, on the location of erstwhile Prabhat Film Company.  Since its inception in 1960, the institute is known for its contribution of technicians and artists to the film industry.

Admission: Through an Entrance Exam (Click here for details)

As like FTII, SRFTI is also a Film and Television institute working under The Ministry of Information and Broadcasting Government of India. The institute has been named after acclaimed film director Satyajit Ray. Due to its excellence in education, SRFTI has received the status ‘Institute of National Importance’ given by the Government of India.

Admission: Through an Entrance Exam (Click here for details)

The National Institute of Design (NID) is an autonomous status attained Film School based in Ahmadabad, India. In a survey conducted by the Business Week in 2010, the institute has been placed in the category of “Top Design Schools in the world.” Alongside of other design courses, NID is offering 4-year courses in film discipline.

R. Narayanan National Institute of Visual Science and Arts (KRNNIVSA) is an autonomous Film Institute started by the Government of Kerala for providing admissions to various film studies. The institute, named after the K.R Narayanan, who was served as the President of India during 1992-1997 periods. KRNNIVSA was inaugurated by the Vice- president of India Mr. Hamid Ansari on 11 January 2016.

Admission Process: Based on an Entrance Test

The Biju Pattanaik Film & Television Institute of Odisha (BPFTIO) is an autonomous Film institute started by Government of Odisha under the World Bank assisted scheme to meet the requirements of technicians for the Film industry. BPFTIO offering three courses and each course has an intake of 20 students each year.

Admission Process: Based on the marks in the qualifying exam

The Government Film and Television Institute (GFTI) Bangalore is the first Government Film institute in India. GFTI is located in at Hesaraghatta, Bengaluru in Karnataka. The institute is offering two three-year courses in Cinematography and Sound Recording & Engineering. The intake of students for each course in each year is 33.

Admission Process: Based on the marks in the qualifying exam

L.V Prasad Film Institute is a Private film institute based in Chennai, which was started L. V. Prasad, a well-known person in the arenas Producer, Actor, Director, Cinematographer and Businessman. As compared to other private film institute in India, it offered much extensive features including big indoor studios, library and industry using professional cameras like Red MX Cameras and Panavision Genesis.

Admission Process: Based on the Entrance exam Scores