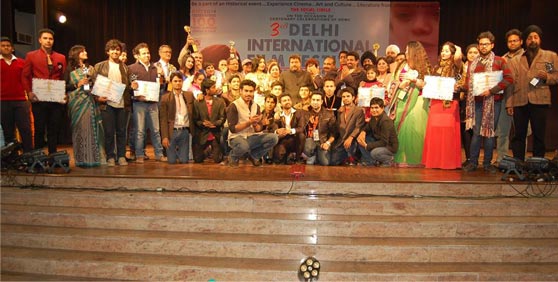 The Delhi International Film Festival (DIFF) is the only one international film festival in the Capital City- Delhi. The festival initially started in 2012, after witnessing the surpassing audience presence and the film entries received on its first session, the organizers decided to move on with this festival. The upcoming is their 3rd festival edition. According to the information received from their officials, last year 250 films (from various provinces) screened at the DIFF.

This is a no fee film festival and the deadline for applying entries is 30th September, 2015. The Entry form is available from their website.